You can’t grasp for your dreams with a closed fist 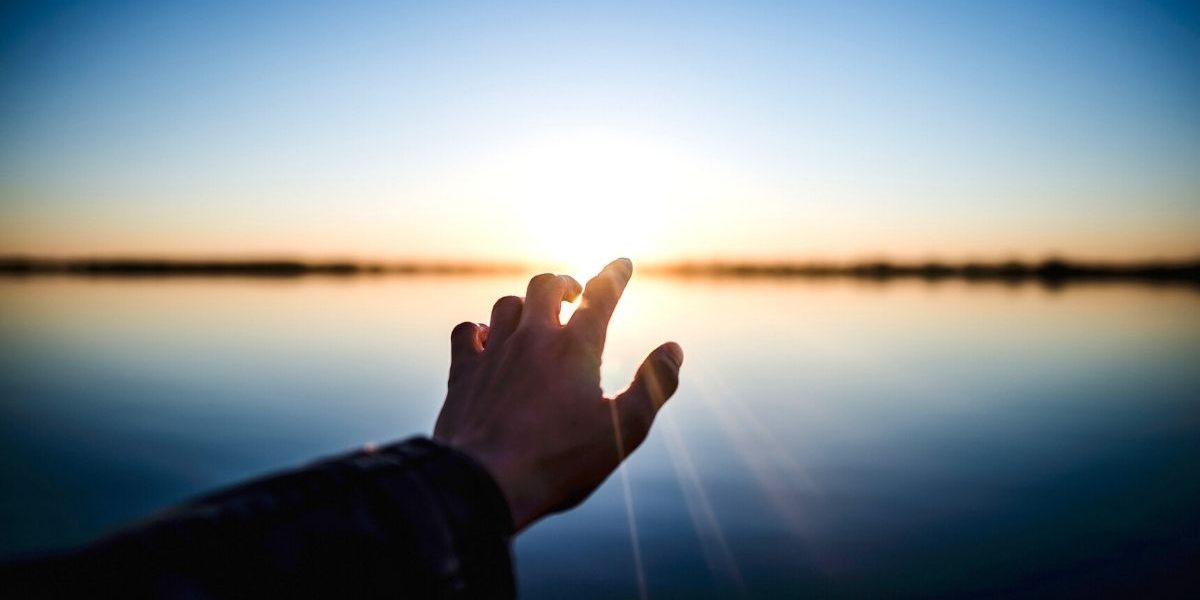 One of the greatest tragedies in life is somebody who has never found the courage to go chase their dreams. I’ve watched countless people talk about the future they wish they had, but were unwilling to make the changes today to arrive at that future.

This left me wondering, why do so many people dream about the future yet, so few people make any progress toward those dreams? The more I become a student of human nature, the more I realize that fear is the primary factor preventing people from making any real progress toward their dreams.

It sounds counter-intuitive, doesn’t it? Why would somebody intensely desire a dream for their future, yet have too much fear to pursue that dream? Obviously, there’s a degree of unknown about pursuing the future. However, I don’t think it’s the fear of the unknown that’s holding most people back.

I’ve come to believe that it’s the fear of letting go of what is known as I watch people settle for less than living their dreams. In other words, the fear of releasing what they have right now to grab ahold of what they don’t have is holding most people back from ever accomplishing their dreams.

If you’re the kind of person who is struggling with accomplishing your dreams, or even pursuing this intense desire for your future, I hope this article will be the push that you need to pursue your dreams… despite the fear.

Grabbing for your dreams

If you haven’t yet accomplished your dreams, then you must let go of some things right now in order to grab for those dreams. I’m sure you’ve placed a lot of hard work into getting to where you are in life. If you’re struggling with this concept, then you need to hear the latest guest on my #Unbeatablepodcast.

Diana Gremillion is a living example of the kind of courage it takes to chase your dreams. She was sitting at the top of her industry and was completely unsatisfied when she made the courageous decision to leave it all and go follow her dreams and live the island life in Hawaii. Diana’s willingness to follow her dreams led her to the future she’s always wanted. However, she had to let go of a lot of successes in the past in order to grasp this beautiful future.

There is a marketing research term for this phenomenon in human nature. It’s called the “sunk cost fallacy”.  Essentially, the term refers to leaders who refuse to take the courageous next step with their business, because they’re afraid they will lose too much of the effort and success they’ve already made in the past. They allow the “sunk costs” of the past to prevent them from making real progress in the future.

If there was ever a woman who had a lot to lose by letting go of her past, it’s Diana. She had accomplished in the culinary arts just about all that a human being could accomplish. However, it was also costing her health and happiness. She could have lived like millions of other people who believed they had too much invested in their past and in their career to let it all go and pursue their dreams.

Only an open hand can grasp a new future.

Diana realized that you can’t grasp for your dreams with a clenched fist. You’re going to have to let parts of your past go if you’re going to be able to open your hand and grab on to some things in the future.

Don’t let ‘here’ keep you from getting ‘there’

Don’t fall for the sunk cost fallacy. Sure, you’ve had some successes in the past that have helped get you to this spot in life. Chances are, you also racked up some failures in the past, as well. Remember, your past success is not a predictor of the future… nor are your past failures!

It would have been easy for Diana to stuff her dreams away and continue to on the wildly successful, but totally miserable, road she was on. Instead, Diana decided to get off that path and take a different road completely, because she realized the road she was currently traveling wouldn’t take her to her future dreams.

You don’t have to stay where you are in life. Don’t let ‘here’ hold you back if you still have an unrealized dream and you’re not ‘there’ yet.  No one can promise that everything will go smoothly on the road to accomplishing your dreams, but I can promise you that you’ll never make any real progress down that road until you’re ready to let go of where you are right now… successes, failures, and all!

Listen to the whole interview with Diana HERE.