Would you agree to “unconditional surrender”? 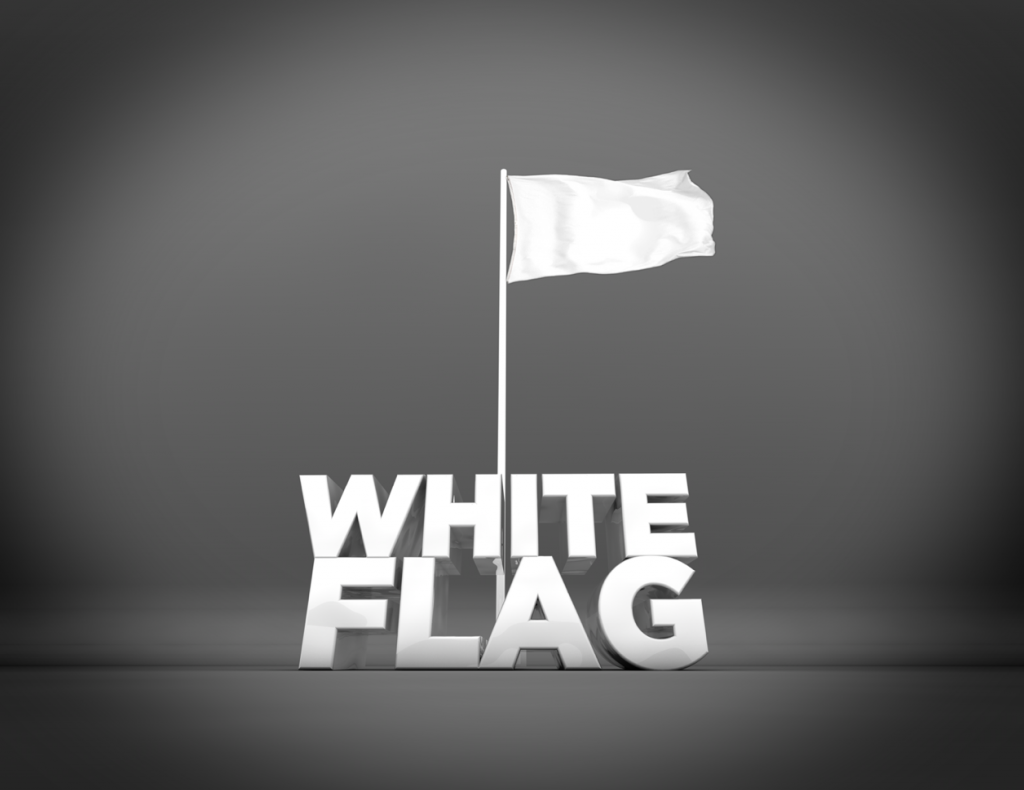 The world was a big, black bomb waiting to go off in the early 1910’s.  Then Gavrilo Princip lit the fuse and the world exploded into death and destruction.  Here’s how the History Channel describes this incident that plunged the world into the “Great War”.

On June 28, 1914, a young Serbian nationalist named Gavrilo Princip killed Archduke Franz Ferdinand, heir to the throne of the Austro-Hungarian Empire, in Sarajevo, Bosnia. Taking place against a backdrop of escalating tensions in the Balkans, the assassination set off a chain of events that would lead to the start of World War I barely one month later. To many people, the Great War—as it was known at the time—seemed to come out of the blue, as the European continent was enjoying a long stretch of unparalleled peace and prosperity. In fact, the seeds of the devastating conflict had been planted long before Princip fired those fatal bullets.[1]

Five years later, to the day, the Allied powers of England, France and the United Stated started to negotiate for terms of peace. These negotiations became known as the Paris Peace Talks. Even though it’s 100 years later, there is still great controversy about the terms that ended World War I. The Paris Peace Talks eventually led to the Treaty of Versailles, an armistice which ended hostilities on November 11, 1919.  What makes this armistice so controversial is Germany had almost no representation in these peace talks. Many people in the Allied nations were so devastated by this World War that they pushed hard for Germany to agree to “unconditional surrender”.  The Allied powers leaders at the Paris Peace Talks decided that unconditional surrender would unnecessarily prolong the war and could lead to more than 100,000 unnecessary deaths on both sides. Therefore, these leaders chose to negotiate a peace rather than demand unconditional surrender, a peace that led to an even greater World War less than 20 years later!

The problem with surrender

These verses leave no wiggle room when it comes to the surrender Jesus is asking for. Jesus’s terms for unconditional surrender are to die to yourself in order to live for him. He reiterates the idea when he says that if you hold onto your life or try to keep your life, you will ultimately lose it in the long run. In other words, Jesus requires a total life surrender.

The benefit of surrender

The answer to this question is described next in Luke 9:25-26. Your soul is what’s at stake. Jesus makes it pretty clear you can gain all of the wealth, power, and prestige in the world and still forfeit yourself.  However, you can also forfeit everything and gain eternal life for your soul in the process. The reason why Jesus asks for unconditional surrender is not what you have to give up in order to become his follower… It’s what you gain!  Think about it in these terms- the only Jesus’s unconditional love is worthy of your unconditional surrender.

Give your life to Jesus today in unconditional surrender and find eternal life in him. If you hold onto your life and refuse Jesus’s terms for unconditional surrender today, you lose eternal life in the process.  If you’ve never surrendered your soul to Jesus Christ, I want to challenge you to do that today. You can turn to Jesus in the form of a simple, sincere prayer. Something like this:

Lord Jesus, I am a sinner. I understand that my sin has made me unholy and unacceptable in your sight.  I believe the Gospel that you left heaven and came to earth to rescue me from my sins and to restore me to a right relationship with you. I repent by turning from my sins and trusting you as my Savior. Please forgive me by your death on the cross and change me by the power of your resurrection right now. Amen.

If you’ve made that commitment for the first time, we would like to know about it. Please email us at cbc@calvaryministries.com .

The post Would you agree to “unconditional surrender”? appeared first on Calvary Baptist Church.