Why Independence Day is a huge holiday 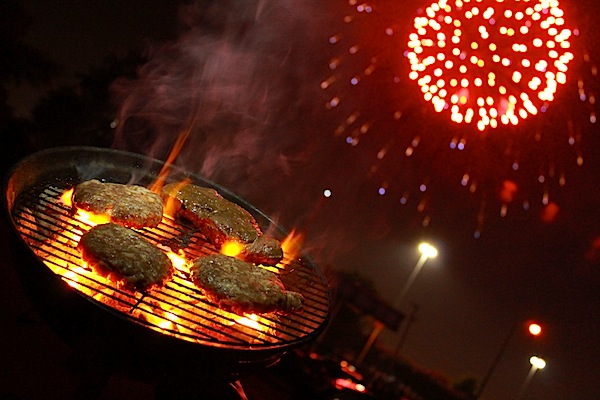 I’m concerned about a growing trend that I see in the United States. Independence Day seems to be losing it’s importance among many citizens in our country. Perhaps this trend is growing because of globalization… Our world is becoming smaller as people around the world become more connected to each other. Don’t get me wrong, there’s nothing wrong with people connected across cultures. In fact, I think this is a very good thing.

Independence Day has become just a day for grilling hotdogs in the backyard for some people. This holiday has no real significance to others due to a loss of patriotism in the United States. I believe that people from every nation on earth should be proud of their country. Why would a free person live in a country in which he or she cannot be proud?

Independence Day presents a challenge for other people because they only see the problems in their nation. To be sure, America has its problems like every other nation, but I still believe Americans have much for which to be thankful. Because I believe freedom is incredibly precious- This blog is an attempt to remind you of the value of freedom.

The value of freedom

Freedom is a precious commodity which is easily taken for granted. Free people are like fish – the only world that fish know is a world of water. A fish can’t properly understand the value of water until they are pulled from it and placed on dry ground. When placed on dry ground, a fish will die to be back in the water.  Similarly, a person born and raised in a free country has difficulty understanding the value of that freedom until it’s taken away from them.

Go talk to a person in jail or ask a person who was raised in a totalitarian country- they will show you the value of freedom. Freedom is precious to those who have lost it in ways that most people cannot understand.  This is the essence of what Jesus was trying to explain in John 8:32.

In this conversation, Jesus is explaining the value of freedom to people who really didn’t understand. The next verse demonstrates that the crowd listening to Jesus had trouble understanding this type of freedom. They believed they were born free citizens. Jesus had to help them understand that they were actually born slaves and needed to be set free. This sets up the price for freedom that Jesus describes next.

The price of freedom

Freedom doesn’t come cheap! It always comes at a heavy price. If you are currently living in a free country, don’t take for granted the men and women who paid the price so that you could be free. In fact, this is a good day to go out of your way to thank warriors and law enforcement officers for their service in the cause of freedom.

Even the kind of freedom that Jesus was talking about carried with it a heavy price tag. Jesus makes it clear in John 8:34 that all people are a slave to sin. Jesus’s word choice couldn’t be any more alarming. There can be no bigger contrast than between a slave and a free person. According to Jesus, sin enslaves people. This isn’t the chains and whips kind of slavery… Rather, Jesus is describing slavery of the heart. A heart that is bent toward sin cannot become free on its own. Jesus describes the price that it will cost in order to free people from the slavery of sin.

For most citizens living in a free country, it cost brave men and women their lives in order for your nation to become free and to remain free! Jesus is using the exact same language in John 8:36 when he says that only he can set you free!  Jesus paid the price for your freedom from sin with his own life.

The fact that men and women have laid down their lives to purchase your freedom makes this one of the most important holidays of the year. For Christians who have been set free from sin by the death of Jesus Christ, this holiday carries an even bigger significance. For believers in Jesus, Independence Day happened on the side of a hill 2000 years ago in Jerusalem.

The responsibility of freedom

Jesus also places an expectation on the people whom he sets free. This expectation is found clearly in John 8:31. Jesus expects free people to “keep his word”. There is a possibility to preserve the freedom which was purchased for you. Jesus expects his people to live out his commandments. This is a responsibility that goes along with the freedom he offers. Even citizens of a free country must preserve and protect the freedoms that they have been given to the next generation. I hope you find a way to cherish your freedom this Independence Day!