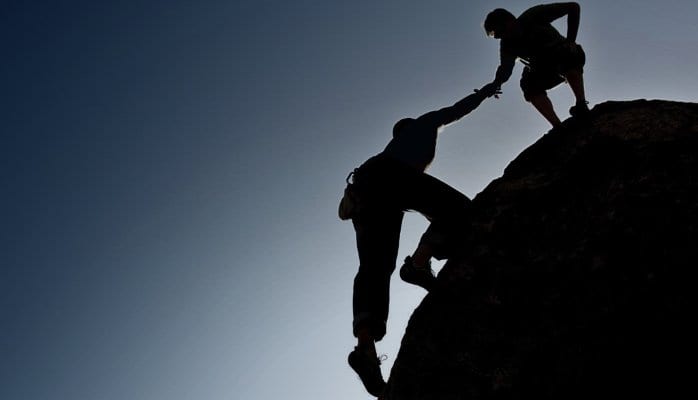 One of the boldest statements of any leader in the Bible- outside of Jesus- is made by the Apostle Paul.  In a letter to the Christians in the Greek city of Corinth he tells them to… Imitate me, as I also imitate Christ.[1] On the surface this short sentence looks like no big deal.  But when you understand what was happening to Christians in Corinth at the time that Paul wrote this letter it’s amazing.   This brother is bold about his faith… and maybe we should be just as bold.  I hope this blog will help you see yourself as a Christian leader and give you the courage to lead like Paul.

The courage to take the lead

Let’s be honest, it’s easier to just sit back and let someone else take charge.  When things go wrong, we all know that the leader is going to be the one who takes the blame.  Maybe this is one of the reasons why some people who should be leading others don’t take on that responsibility. They just don’t want others to point the finger at them when something goes wrong. It takes courage to step into the role of leader.

It also takes courage to be vulnerable and all the leaders must be willing to let their guard down and show some degree of vulnerability to those that follow them. This is not easy to do.  It’s scary to let people see who you really are deep on the inside. Leaders have to be willing to step out in front of others and take the responsibility for themselves and others who were willing to follow.  Paul was a leader who had the courage and the convictions to set an example for those who followed him.

The courage to challenge others

It takes courage to step in front of others and be willing to take on the mantle of leadership. It takes a lot more courage to call others to follow your example. It may seem ambitious or selfish to ask people who are not currently following your example, but this is exactly what Jesus expects his people to do in 1 Corinthians 11:1.

Paul is not just taking on the mantle of leadership. Paul is willing to be vulnerable and show others what it looks like to follow Christ. However, Paul takes his leadership a step further. Paul isn’t just challenging people to follow his leadership, Paul is challenging people to follow his lifestyle! This brother really is bold!  I don’t know any leader who really wants their entire lifestyle to be put on display but that is what Paul is willing to do in this verse.  If you think that’s impressive- now let me show you what was happening in the city of Corinth when he made this bold statement:

The courage to set the example

It’s unfortunate that this verse starts a new chapter in the book of 1 Corinthians because it is actually tied to the end of Chapter 10. Let me give you a little context on what is happening in the city of Corinth at the time that this letter was written. Paul was addressing the challenges that Christians had to deal with living in an idolatrous city. Many people passed through Corinth because it was a major city on a prominent Roman trade route.   Business travelers took their hopes and dreams as they pass through town but, they also took their religious practices with them as they journeyed through the city of Corinth. As a result, the city became one of the most culturally and religiously diverse cities in the world!

If you were born and raised in the city of Corinth it was a struggle to figure out what to believe in this city of many gods.   The city hosted many religious ceremonies from people with very different faiths. For most people in Corinth, Christianity was just another one of the many different religions in the city.  However, many genuine followers of Christ struggled with how to live out their faith in this smorgasbord of religion. In 1 Corinthians 10:25 Paul addresses what kind of food Christians could eat in this pluralistic society.  Many faiths put religious restrictions on what and when people could eat.

In the next few verses, Paul demonstrates that he’s not just concerned about their diet, he wants Christians to be a good influence on their friends and neighbors. Paul ends this chapter by describing the privilege and responsibilities that come along with Christian freedom.  He gives them simple instructions on how to practice their freedom in Jesus without looking like a jerk to people who practice other faiths.  Check out his advice in 1 Corinthians 10:33 – he challenges his readers to practice their Christian freedoms “just as” he does.  Quite literally, the apostle Paul is telling Christians to follow their leader in this verse.   This is a bold man who’s making a bold statement about what it looks like to follow Jesus Christ.

Now let me ask you, are you living the kind of lifestyle that you could look other people in the eyes and say, “Follow me, exactly like I am following Christ!”  This is where the boldness of Paul’s statement really hits home for me. Very few of us could look others in the eyes and say I want you to practice your faith exactly like I am practicing mine. That’s because, most of us are acutely aware of how we fall short as Christians.   Paul wasn’t a perfect man, but he was doing a few things right, and he asked others to follow his leadership and his lifestyle.

I don’t know a Christian man or woman that isn’t looking for a godly example to emulate. This is the challenge that all mature believers should be willing to accept. If you have been walking with Jesus for a little while – six months or six years – are you mentoring someone who is brand-new to the faith?   Will you be a Christian who leads others by your example as well as by your word?   Will you take up the challenge that Paul issued in 1 Corinthians 11:1 and invite others to follow in your footsteps as you try to follow in the footsteps of Jesus?