Turning a moment into momentum 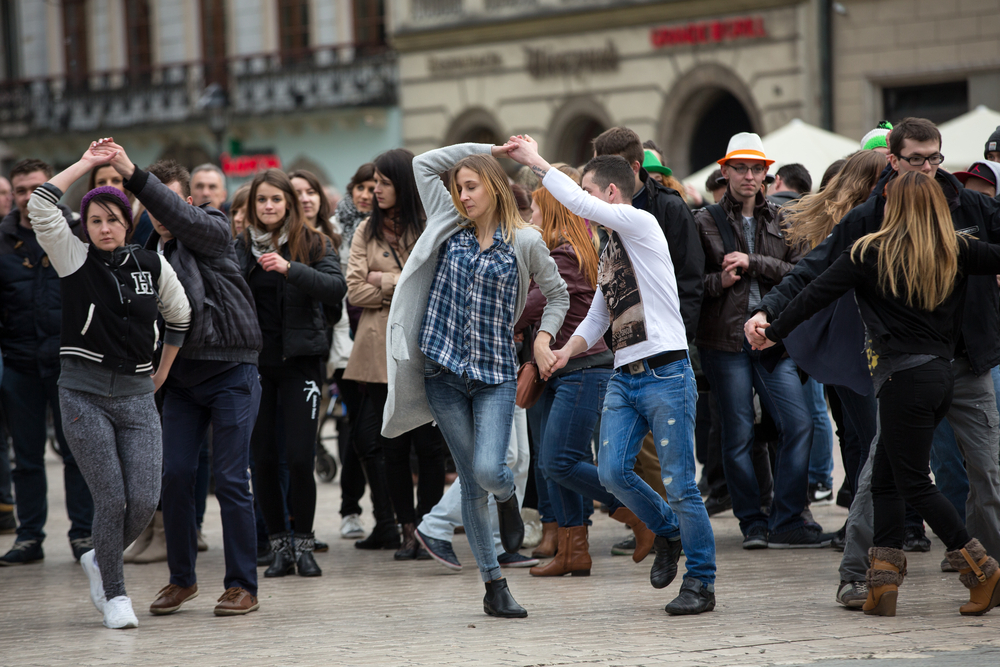 Have you ever been part of a flash mob? If not, have you ever seen a flash mob spontaneously erupt? As a student of human nature, I am fascinated by flash mobs.  In case you don’t recognize the term “flash mob” – this develops when one person’s passion captures a crowd’s attention… And everyone joins in the action.  For the purposes of the rest of this blog, I want you to imagine a flash mob of spontaneous dancing. This happens when one person starts dancing in the middle of a crowded public space. Because dancing in public is so unusual, others stand up and take notice. Soon, one or two more join this weirdo dancing in public, which eventually leads to the entire crowd of total strangers dancing with one another.

Let’s hear it for the #2 guy or gal! Without them, there would be no flash mob. The rest of this blog describes how to turn a moment in time into a movement that changes people. Let’s look at how you can become a great #2 guy or gal:

There is tremendous energy in a crowd of people. The problem is, that energy dissipates in many directions because it hasn’t been focused. A crowd isn’t moved by watching a total stranger start to dance. In fact, most of them will just dismiss this person as a weirdo and keep going about their day. However, at some point when others start to join this weirdo dancing in public, people stop what they’re doing and take notice.

This is the moment that starts to focus the attention of the crowd. Without the crowd’s attention, you will never get the crowd’s energy. Just because you have the crowd’s attention, doesn’t mean you also have their energy. Something has to transition that attention to getting the crowd’s energy to join this flash mob. This is what the #2 or #3 person does when they join the weirdo dancing in public. Now the rest of the crowd has to decide whether they’re going to join person #2 or #3 in this crowd. This is the moment when the rest of the crowd decides whether they want to give their energy to what these three weirdos are now doing.

When someone is really trying to create momentum, he or she has to decide what you are asking people to give their attention and energy to. I’m convinced a lot of the reason why momentum never happens is because the person who’s trying to start a movement doesn’t really know what he or she is hoping to accomplish. Forget about a flash mob unless you can focus attention and turn that attention into their energy as well.

Get the environment right

When a second and third person have joined your flash mob, it’s now possible to get the entire crowd’s attention and energy.  We’ve already stated that a flash mob only works in the presence of a lot of people. Getting people to join your flash mob is as much about environment as it is about energy.  In other words, if you want people to join you dancing in public, you probably don’t want to attempt this in the middle of a cold, rainy morning with a crowd of businessmen and women. Few people are willing to show up soaking wet to work because a flash mob started on their way to the office.  Creating momentum requires capturing the right environment.

Have you ever tried to have a serious conversation in the theater during a blockbuster movie?  I can almost guarantee you that it will never work. The environment is completely wrong for that kind of activity. The environment has a lot to do with turning a moment into a movement.

Here’s one of the unchangeable rules of a flash mob: At some point the person who created the flash mob will lose control of it. The crowd will eventually start to become so big that it can no longer be controlled. This is what’s referred to as “Mob Rule”. Mob rule states that the mob will do whatever it chooses to do. If you really want to create a flash mob, you’re going to have to be willing let go of control.  Perhaps this is one of the things that makes flash mobs so rare. Not everyone who is able to gather the kind of energy and attention that goes along with a flash mob is willing to release control.

I believe that a flash mob is a loose example of God’s original intention for his church. He sent his son Jesus to show the world what living righteously looks like. By the end of Jesus’s life, a couple of people had joined him in this endeavor to make disciples. However, by the time you get to the book of Acts in the Bible, this small band of followers explodes into a massive congregation in Jerusalem.  Don’t be mistaken; God never loses control of his church. However, sometimes leaders in his church have slowed momentum because of their desire to control what’s happening around them. When church leaders are willing to release control back to God, they’re able to do incredible things in their midst.Acts 5:14 is a moment in history when the church momentum really takes off. This point in the book of Acts is the point when the crowd’s attention to Peter and the apostles becomes energy that propels the kingdom of God forward. I am praying for another release of God’s power among his church that will generate flash mob-like energy. I am praying for another great revival of God’s people that will turn into a spiritual awakening that burns over entire countries for the glory of God!