To make America great, we need change we can believe in 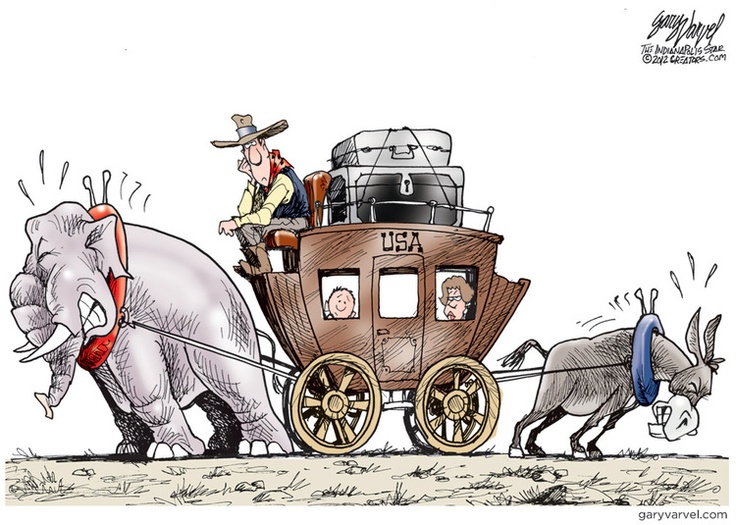 I’m going to do my best to offend everyone equally with this article today. I am not a registered Republican, nor am I a registered Democrat! I hate America’s two-party political system with a passion. I believe the Democrat/ Republican divide has done far greater damage to our country than it has done good.

Therefore, this article today does not support either political party. If you are hoping to see an endorsement of Biden or Trump, you can stop reading right now. Rather, I’m writing this article as we near Independence Day as an honest assessment of where we are as a country right now, and to suggest where we need to go from here.

I wonder if our founding fathers could have anticipated the problems in America 244 years after they declared their independence from Great Britain. Our economy is struggling, and the government is printing money faster than the people can put it back in the treasury.

Our medical system is stressed to the point of collapse due to the COVID-19 virus. Many people are calling for their local leaders to defund the police force. People are protesting all across America because of racial injustice. And on top of all of these domestic problems, America’s cultural and moral influence is diminishing by almost every measure around the world.

We can clearly see America’s moral and social problems through the thin veneer of empty political rhetoric.

I can’t imagine anyone on either side of the political divide who believes that America is on course for a great future. Both political parties believe that something needs to change! This is the promise that the Obama campaign offered 12 years ago. Interestingly, this is the exact same idea that Trump promised during his presidential campaign in 2016.

Democrats and Republicans alike both agree that something must change. However, neither party can articulate exactly what that change looks like or how to achieve it. In this article, I want to demonstrate that neither political party can fix the moral problems that plague America.

When the founding fathers formed our new government, they created a human experiment. They wrestled with the possibility for a free people to govern themselves. George Washington referred to our government as a “great experiment” because he understood how fragile freedom is in human history.[1]

Benjamin Franklin voiced this concern in a famous reply immediately after the Constitutional Convention. He was asked by a group of citizens to describe the kind of government won through the blood of battle in the war for American independence. Franklin’s famous reply was, “A Republic, if you can keep it.”[2]

Have you ever wondered why he added the- if you can keep it- phrase? After all, Franklin was asked a specific question about the form of government created by our new constitution, to which he answered with two simple words… A Republic. Why add the phrase, if you can keep it?

Washington referred to our government as an experiment because he realized that this type of freedom is fragile. Franklin echoed this sentiment with his if you can keep it statement.

Our founding fathers set out to form a style of government that has struggled to succeed in human history. They attempted to give the American people unprecedented freedom. 244 years after declaring our independence, we must ask ourselves the question, what have we done with this freedom? Have we kept this precious gift of freedom for which Washington and Franklin put their lives on the line?  Have we spent this valuable gift of freedom on our own selfish purposes? Did we abuse this precious treasure that our founding fathers gave us? Did we trade our inheritance of freedom for a little temporary personal gain?

What needs to change

This weekend, Americans will celebrate Independence Day. This holiday is always a big deal in our country. However, I believe this weekend’s Independence Day will be different than what we’ve experienced before.

Because of social distancing due to the pandemic and the internal problems facing our nation, celebrating might feel strange this weekend.  However, don’t let that stop you from enjoying your freedom.  Here’s an article I wrote about Why Independence Day is a Huge Holiday.

Have I convinced you that something must change? Do you believe that we will hand off a better and more free country to the next generation of American’s than we have today?  Do you believe that our current two-party political system can fix what’s broken in America?

I believe it’s time for us to admit that our problems can’t be fixed through political solutions. The Supreme Court of the United States, the US Congress, and the President of the United States cannot reverse the direction that we are heading in as a nation. Something must change inside of us first. This is the dilemma that Washington and Franklin understood when creating this new nation.

Is there a form of change we can believe will make America great again? The change that we need desperately must start inside the human heart. Immoral people cannot govern themselves. The only way for America to preserve her freedom is for a massive transformation inside the hearts of her people. Wicked people will always use the gift of freedom as a weapon against one another.

Only through a national revival or great spiritual awakening will we see the kind of heart-level change that will preserve our independence.  For more on deep, internal transformation, tune in to our online church service here from Nehemiah 8 this week.