There goes the neighborhood! 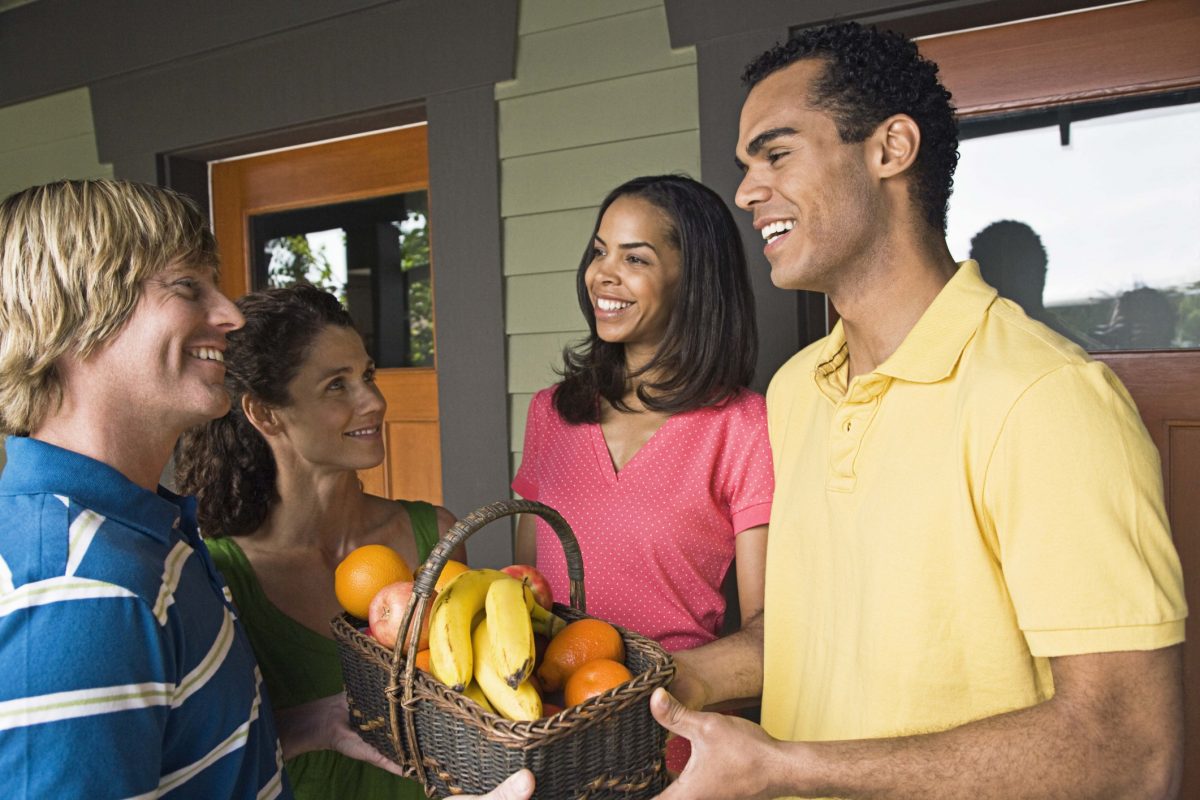 Several years ago, I was totally convinced that my next-door neighbors were going to be a problem. I misjudged this family the first day that I met them. Before they moved into the house next to mine, their family came to visit the neighborhood from out of town. Their children went buck-wild the moment they got out of the car. They were climbing on top of stuff, chasing each other around, and generally running amok.  In the back of my mind, I thought these children are going to drive me crazy if I have to live next door to them.

I couldn’t have been more mistaken. When the family finally moved in, I got a chance to know them a little better. Not only were their children well behaved, but they ended up being some of the most pleasant neighbors I’ve ever lived near.   I learned, after getting to know my neighbors a little better, that the children had been cooped up in the car for many hours when I first met them. Immediately I thought their children probably behave better than my own would in similar circumstances. In other words, I missed it by a mile. I didn’t have all of the information and misjudged these great neighbors.

I wonder how much of this phenomenon of isolation in America has to do with judging my neighbor before I get to know them. I wonder if people make assessments of their neighbors without really getting to know them, only to end up looking for clues to confirm their suspicions. Maybe if we’d start spending more time with our neighbors, we’d realize that they’re really much better people than we give them credit for. Rather than assuming your neighbor is the town loser, why don’t you start from the assumption that your neighbor may be the greatest citizen in town?

Neighborhoods all over America would change overnight if we would begin a relationship with our neighbors on a positive note, rather than looking for the negative.  Sure, your neighbor is probably going to do some things that are going to really annoy you. I’m certain I do things that annoy my neighbor, but the positives about my neighbor will probably outweigh the negatives over time. Maybe we should start from a place of mutual respect with our neighbors and let the relationship develop from there. By the way, when you judge somebody before you get to know them, they can often prove you wrong. Moreover, if you live next to each other long enough, your neighbor’s character will always reveal itself over time.

I think Jesus was getting at something like this when he told the story in Luke 10:25-39. The story is often referred to as the Parable of the Good Samaritan. This story begins with somebody asking Jesus a difficult legal question.  It’s hard to tell if this expert in the law really wanted an honest answer from Jesus or if he was just trying to get out of doing what he knew the law demanded. In either case, he asked Jesus the wrong question.  He was trying to nail Jesus down on exactly what it took in order to earn one’s way into heaven. When Jesus told him to follow the law, this expert in the law started looking for loopholes. His question, “Who is my neighbor?” was designed to get out of doing what the law clearly expected of him.

I believe this was designed to completely catch his listeners off guard. I believe Jesus was teaching that the way we love is not just what we say, but also what we do. I believe Jesus was showing that the guy who actually went out of his way to help somebody in need is really the neighbor, not the person who lives close to you.  But I believe Jesus was also teaching an even more profound truth in this story. Luke 10:27 makes this truth unavoidable. If loving God and loving our neighbors are interchangeable, then you and I owe it to God to love our neighbors- regardless of their color of skin or ethnicity- like we love our own families. In this story Jesus was teaching us a profound truth about our relationship with God and other people. Jesus was demonstrating that the way we love our neighbors is how we love him- not the other way around.

The post There goes the neighborhood! appeared first on Calvary Baptist Church.