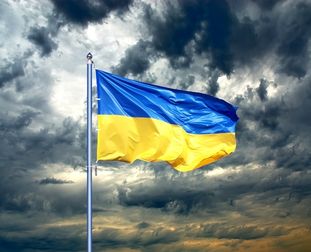 Maybe you’ve heard one of these quotes about Ukraine.  I didn’t take these popular statements from the local news about problems in Eastern Europe. These are statements people in the USA made before both World Wars.

I was reminded of this just recently while listening to an interview with Robbie Seale. This incredible woman adopted 4 children who had no connection to her biological family. Each of these children were suffering because of their mother’s bad choices. She realized that these desperate children were part of the global family.  Robbie’s willingness to help children in need has influenced the way that I look at the war in Ukraine right now.

Here are my thoughts right now on the USA sanctions against Russia and support for Ukraine.

There was a strong anti-war sentiment before the first World War because most people in the United States didn’t understand what was happening around the rest of the world. Because there was no instant communication in 1917, most people in the United States just didn’t understand the war in Europe. Therefore, many people failed to see how this war could impact their lives in North America.  America became our European brother’s keeper when President Wilson discovered plans to divide up North America after the European continent fell.

Why you should care about what happens “over there”

Amazingly, these sentiments were repeated just one generation later when Germany invaded Poland in 1939. Millions of citizens in the United States felt that Europe’s problems were not our business… until that date that will live in infamy forever when the United States was thrust into the World War after the attacks on Pearl Harbor. Again, The United States learned that over there is a problem for us over here, as well.

As of the writing of this article, the global world has come out in condemnation of Russia’s invasion of Ukraine. Countries nowhere near this war have lent weapons to support Ukrainian fighters in the past several days. Historically neutral countries have participated in economic sanctions against Russia because of this action. Even countries that typically are not involved in the global conflict are supporting initiatives to bring this issue to the United Nations General Assembly.

Like it or not, you’re part of a global community. Last week, global leaders recognized that they can’t sit back and remain silent against Russia’s aggression. A country that does not stand up against an invasion on foreign soil may soon find its neighbors massing troops against their own borders.

I hope this article will provide a historical framework to think through the news coverage that you’re seeing from Ukraine. If you’re wrestling with US economic sanctions or operations against Russia, let me remind you of our futile attempts to remain isolated from the last two massive European conflicts.

Keep John Stuart Mill’s quote in mind, “Bad men need nothing more to compass their ends, than that good men should look on and do nothing.”[1]