The Ranger course, the Apostle Paul, and the fires that forge a great leader 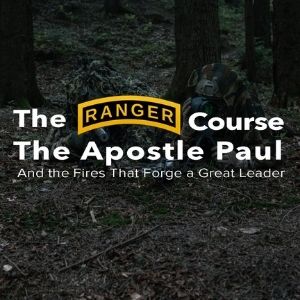 The Ranger course is different because of the level of suffering that it inflicts on students.

This has been the same formula since the Ranger course’s inception in 1956. It uses food deprivation to bring Ranger students near starvation, and it uses sleep deprivation to place leaders in confusing situations like the fog of war.  Students are required to move long distances carrying heavy loads over some of the most difficult terrain in the United States.

There are a couple of easily identifiable markers of the student that successfully complete the Ranger course.  The typical Ranger student will get less than one hour of sleep a night. Most students will lose 20 – 25% of their body weight during this 2-month course. Many will graduate from it so physically weak that they look like they just came out of a prisoner of war camp.

The physical traits that mark a Ranger student are recognizable from across the room. However, the most identifiable trait of students who successfully complete the Ranger course is their leadership ability. Graduates leave the course more prepared to lead after 2 months of the Ranger course than someone who has spent 10 years in leadership situations across the military.

I want to spend a moment or two describing for you the magic that happens to a student during the Ranger course. I believe that you can become a great leader also if you’re willing to go learn from the difficulties that come your way. Here’s how the Ranger course forges leaders.

The struggle is important in forging great leaders. The greatest leaders I’ve ever met all share one thing in common… They didn’t start out as great leaders.  They became great leaders over time and through a lot of hard work.

Let that statement sink in for a minute… You don’t have to be born with certain qualities to become a great leader.

All great leaders I know have been forged through difficulties and struggles. Of course, I’ve met some people with what appears to be innate leadership abilities. Maybe some of these leadership traits came from birth.  However, even natural-born leaders must work toward becoming great. No one achieves greatness as a leader without a lot of hard work.

I’m sure you’ve suffered in the past. Have you learned and grown from it? Would you consider yourself a better person today because of the suffering that you’ve gone through?

Or here’s a better question… Would you be willing to accept painful suffering if you knew that it would make you into a better person? The fire of suffering has forged the greatest leaders that I know.

Let’s recap what we’ve said so far in this article: 1) Suffering often is the training ground for great leadership. 2) All of us go through periods of suffering. 3) How someone responds to suffering will often determine whether or not they become a great leader.

This means that you can be forged into a successful leader if you are willing to learn and grow through suffering.

This brings me back to the Ranger course. This military training is a 2-month trial by fire. When students graduate from this course, they know their breaking point. The course is designed to push every student past their natural abilities.

Paul learned to accept and even boast in his sufferings. He says in 2 Corinthians 12:9, “I will most gladly boast all the more about my weakness, so that Christ’s power may reside in me.”

Paul learned that trusting in his own power would fail him, but Jesus’s power is limitless.  Therefore, through the fires of suffering, Paul learned the limits of his abilities.  If you want to find strength to face the fires and the sufferings of life, trust less in your strength and more in Christ’s power today.