The blinding problem with self evaluations 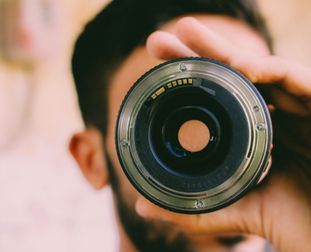 Are you fixated on your faults? Almost everyone I know has this awareness of his or her shortcomings. When asked to give a couple of strengths and weaknesses, most people can list off weaknesses by the dozen.

However, when it comes to listing their strengths, many people struggle to mention one or two things.

I don’t think this phenomenon is the result of false humility. I believe that people in the West, especially in the United States, are conditioned to focus an unhealthy amount of attention on their weaknesses. As a result, we have lost the ability to recognize just how powerful our strengths can be, when focused.

Not long ago, I had the chance to interview an incredible man who reminded me of the power of focusing on your strengths, rather than your weaknesses. Here are a couple of things I learned from my recent Unbeatable interview from David Figueroa.

Focus on your strengths

“Focus on what you can do.” For most of us, David’s advice just seems like a good suggestion. However, for David, who was born with cerebral palsy but became a fitness expert and a leader in disability sports, this has become his life’s passion.

Imagine how many times David was acutely aware of all the things he was not able to do, compared to people born without disabilities. David’s cerebral palsy was absolutely of no fault of his own. He could have become the kind of guy who just sat around complaining about all his bad breaks in life.

But, rather than looking at all that he couldn’t do in life, this unbeatable man didn’t let disability hold him back. In fact, he graduated from the University of Central Florida before becoming an internationally recognized motivational speaker.

When you spend a few minutes with a guy like David, it will cause you to take a look in the mirror and ask yourself, “Why I am so focused on my weaknesses instead of maximizing my strengths?”

Chances are, you have some challenges you’re facing right now. Maybe you would be a lot closer to your dreams if you weren’t struggling with some big challenges. I believe that you are literally wasting your time and energy if it’s all devoted to focusing on your weak areas. You could accomplish a whole lot more in life if you would spend the same amount of time and energy becoming great at the things you can do well right now.

By the way, do I need to remind you that it’s a lot more fun to get great at something you’re already good at than to spend endless amounts of time and energy trying to get a little bit better in an area that you’re struggling with?

Just because you have a weakness doesn’t mean that you must turn it into a strength. However, some of our weaknesses cannot be ignored. Therefore, the real challenge becomes finding the right balance between acknowledging a weakness and not giving too much time and energy to that weak area of your life.

This is where I think David’s example shines the brightest. He could spend the rest of his life and never be able to accomplish what people born without cerebral palsy can accomplish. Rather than wasting his time and energy in those areas, though, David decided to focus his energy where it would make the biggest impact. He became great in a few areas rather than trying to get a little bit better in a couple of weak areas.

News flash: No one can be great at everything. (I know that seems contrary to the life you see portrayed on Instagram.) There are some things that you can become great at and others for which no amount of energy and effort can ever result in greatness. The greatest athletes and leaders I know all share the same formula for their success….

They acknowledge their weaknesses without becoming fixated on them.  Like David, they spend their time and energy on the things that will move them from good to great!

Listen to the whole interview with David HERE.