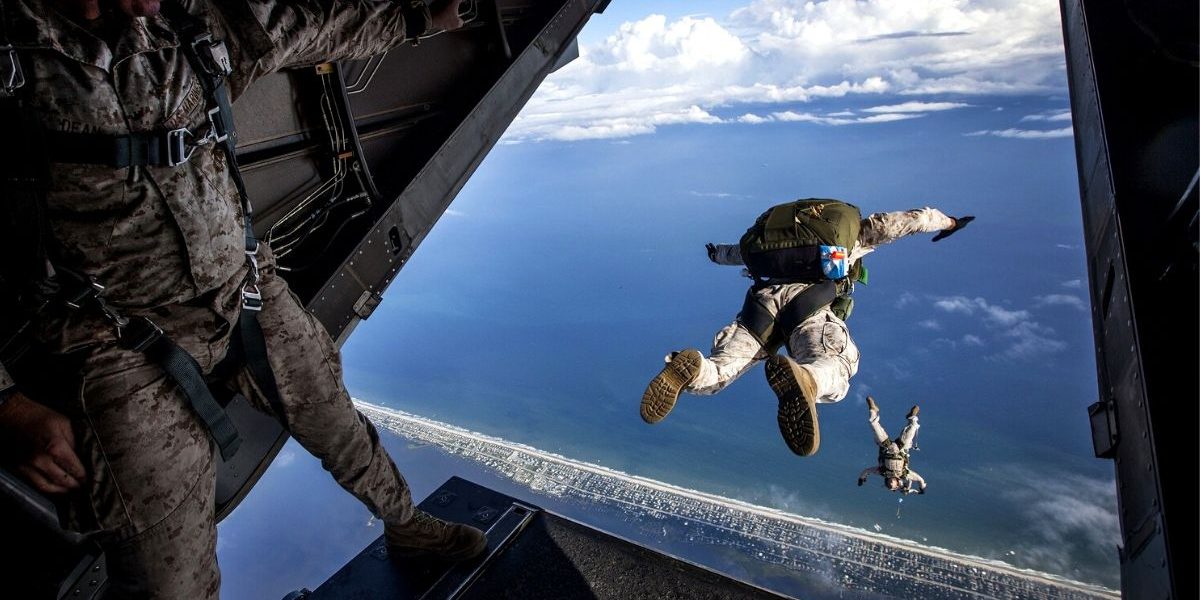 I was completely overwhelmed the first time I fell out of the back of a military transport plane from 15,000 feet in the air.  The physical and visual sensations of falling to the earth at terminal velocity during my first military freefall operation were overwhelming.

I could only focus on falling flat and stable during this first mission.  I barely had the presence of mind to check my altimeter and pull the ripcord on my parachute at the proper altitude.

Despite being overwhelmed by the experience of my first jump, though, I did better than most other freefall students.  I underwent relentless training for several weeks to prepare for this first jump.  Despite the excellent training, I was in sensory overload immediately after stepping off the ramp of that C-130 Hercules for the first time.

Any moron can fall out of the back of an airplane once. However, the second time around was a different experience. At this point, I had an idea of what I was about to experience when I stood on the ramp of that aircraft for my second jump.

In a recent Unbeatable podcast interview, my friend, JB Spizzo, describes some of the incredible leadership challenges he faced in the Army and his personal life. This interview reminded me of the challenge of facing difficult circumstances a second time.  JB was so honest and vulnerable in this interview that it reminded me of my second jump in Freefall School.

It takes much more courage to put yourself to the test the second time than to stumble your way through it the first time. Here are a few lessons that came to mind while listening to JB tell his incredible story.

It isn’t easy to lead people under normal circumstances. It’s even more challenging to guide people during challenging circumstances. However, the most difficult leadership assignment any leader will ever take on is leading themselves.

You can’t fool you!

You alone know what your true strengths and limitations are. You alone know whether or not you’re giving your absolute best to the people around you. You alone know the actual limits of your failures and the exultations of your successes. Because you cannot fool yourself, the most demanding leadership challenge is consistently delivering your best, no matter the circumstances.

JB was the kind of leader who was prepared for any circumstance. Even while in a recruiter’s office, his ability to do pull-ups opened the door for him to try out for the US Army Ranger Regiment. If JB had not been in excellent physical condition before going into that recruiter’s office, he would have never had the opportunity to pursue his dreams.

Don’t go through life hoping that your dreams will come true. Do the hard work at positioning yourself so that when opportunity knocks, you’re ready to open the door.

We have a saying in the military… “Hope” is not a planning method! Hoping for the best doesn’t mean that things will turn out the way you want them to. It’s great to hope for the best. However, you must also work hard to prepare for the worst-case scenario. Had JB not prepared for the worst-case scenario, he would have never been able to receive the best enlistment option in that recruiter’s office.

Learning before you take the second leap

One of the most powerful moments during this interview with JB is his description of facing people after his marriage ended in divorce. The pain that goes along with personal disappointment is usually far more difficult than professional failure.  JB could have used this as an opportunity to withdraw from his friends and social circles and isolate himself.

However, he found the strength to get up and face his circumstance without letting them overwhelm him.

I’m convinced the work that JB put into facing his failed marriage put him in a position to be ready when another beautiful woman came along. We all know somebody who had a disastrous “rebound relationship” because they weren’t prepared for the second leap.

JB learned from the first jump. This made him prepared when the time came to take the leap and get married a second time. There’s a lot that you can learn from JB’s story. I hope it challenges you to face your difficulties a second, third, or even fourth time if necessary.

Listen to my whole interview with JB HERE. 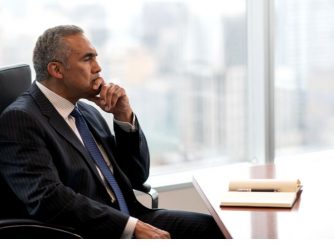