Read the “owner’s manual” right away 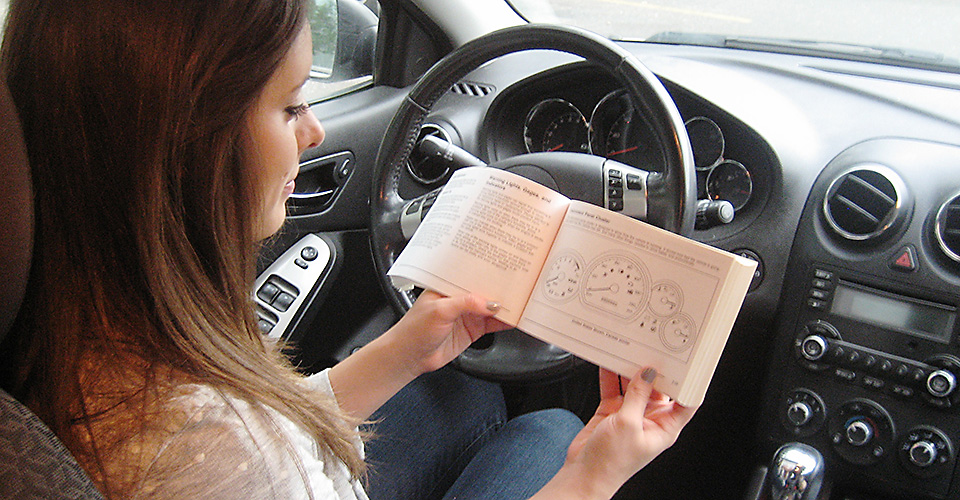 My daughter recently bought her first car. It was a used car with high mileage but a great first car.  She is so excited about her first car.   It’s exciting to own a car-it’s also a lot of responsibility.  Therefore, my first suggestion to my daughter was to read the owner’s manual. In that book is information that you need to know if you’re going to properly operate this car.

The car was designed and built to serve a specific purpose. An automobile was built to drive on the road not fly through the air.  You could try to drive your car off a cliff to see if it will fly. Most people have enough common sense to realize that a car is not designed to fly – therefore they will never try to drive it off of a cliff.  (I’m pretty sure my daughter is smart enough to figure this one out on her own.) You don’t need an owner’s manual to tell you that a car will not fly, but there’s a lot of information in an owner’s manual about the vehicle that you’re driving.

What the buttons do

No two cars are alike. There are different buttons and knobs on every car. Even the same car, by the same manufacturer, will have different knobs and buttons each model year.  Every year cars are produced with more buttons and knobs than previous models. Today’s cars have many more options than cars built in the 1940s and 50s. You almost have to read a car owner’s manual in order to fully understand what the buttons and knobs control.

No two human beings are like. We come in different shapes, sizes, and colors of skin. However, all human beings have the same things in common.  The things that makes us human is common for all people regardless of shapes, sizes or physical defects. Humans were built by God for a specific purpose. The Bible describes the purpose for which God built us in Colossians 1:16. This Bible verse makes it clear that God created everything- including humans.  It is equally clear from this Bible verse that people were created for God. In other words, God created human beings to be in a relationship with him. Humans were built by their Creator with the ability to have intimate relationships with one another. We were also built by our Creator to have an intimate relationship with him.

How the car should work

During the design stage, great time and attention was put into how the car should work.   The engineers that designed the car put enormous thought into how the car should work. Every feature of the car works in conjunction with other features.  The construction of the car is only as good as its original design. It doesn’t matter how good the car builders are, if the design is faulty the car will not function well.

Car builders make the automobile function the way that the designers intended. When these features are working in concert with one another the car is running well. When one of these features doesn’t work it’s frustrating at the very least. Other features, when they don’t function like they’re intended, prevent the car from going anywhere.

When the engineers and the builders work together in perfect harmony your car is going to last for a long time.  This is also true of the human body. The same God who designed the body also built the human body. He put some of his nature into this design according to Genesis 1:27. God designed the human body unlike anything else in creation and then he built the first human with his own hands out of the dust of the ground.  God put an unprecedented amount of time and attention into this part of his creation.  When the human body isn’t functioning the way that it should everything else in life seems challenging. God put the perfect demonstration of his glory on display when he created the first human beings.

Learning about the builder