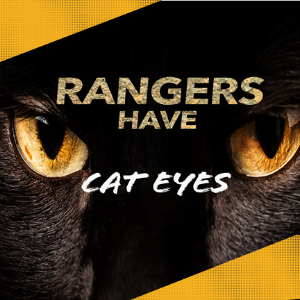 Imagine the darkest night you’ve ever experienced in your life. Now, imagine that you’re walking through a dense jungle in this pitch-black darkness. Add to this scenario that you are carrying 80 pounds of combat equipment as you try to sneak through this irregular jungle terrain in total darkness.

Oh, and by the way, you’re being hunted by the enemy. -which means one small noise will give your position away. One wrong step would put your life and the lives of your friends in jeopardy. Can you picture in your mind how challenging this scenario would be?

If you’ve ever tried to sneak through the house late at night so that your parents didn’t know what time it was, you have a small glimpse of what it would be like to try to move through the jungle during these impossible circumstances.

I did many training missions in similar conditions while in the jungles of Central America as a combat soldier in the United States Army’s 75th Ranger Regiment. It was during these difficult combat operations that I learned the value of Ranger Cat Eyes.

Following Someone Into the Darkness

Each Ranger company had a distinctive unit marking called cat eyes. Cat eyes were made out of aluminum tape and sewed onto the back of combat equipment.

Although this unit-distinctive marking was probably created to distinguish one company from another in the darkness, it took on a whole special significance during these long, dark nights.

These small pieces of luminous tape could only be seen from a couple of feet away at night. Therefore, Ranger companies learn to travel in a file with one soldier directly behind another through some of the darkest and most difficult terrain.  This was possible by focusing on the cat eyes of the Ranger in front of you.  Ranger cat eyes became a lifeline for every man in that company file during many dark nights.

I marched thousands of miles at night, not knowing what was in front of me, just by focusing on the cat eyes of the Ranger to my front.  I didn’t concern myself with what was waiting just over the hilltop, because I was focused on following in the footsteps of the guy in front of me.

We face difficult and dark circumstances in life on occasion. During these times, the darkness can become overwhelming if you don’t have a buddy who will go into the darkness with you.

If we are really honest, we need more than just somebody to go into the darkness with us. Rather, we need somebody who has gone before us whom we can focus on during those difficult times. Do you have someone you can trust to go into that dark, scary night with you?

While serving as a sergeant in the Ranger Regiment, I had some of the greatest military equipment available on earth. However, some nights were so dark that the advanced technology in my night vision goggles was useless.

The luminous tape that Rangers used to make cat eyes also used existing light. These small pieces of material sewn onto our clothes and equipment couldn’t create light; they only absorbed ambient light and illuminated for minutes after the light disappeared.

Neither NVG’s nor cat eyes could help during total darkness.  Only a source that could create light was useful in these extreme circumstances.

There were only a few times in my entire military career that I found myself in darkness so deep that the luminous tape and NVG’s couldn’t penetrate that darkness.

Light That Shines in the Deepest Darkness

During these limited moments of my military career, I learned to trust my military compass.  Yes, a compass (not because I was navigating the company through the jungle using my compass, although that was the case on more than one occasion). For many years the US Army issued a compass to combat soldiers that contained radioactive material.

The tritium inside a compass glowed in the darkest night. This material created light by radioactive energy. Therefore, it didn’t use ambient light in order to shine in the darkness.

During these long, dark nights, we placed the compass over our shoulders.  This made it possible for the next man to follow the little glow through the darkest, deepest jungles, provided that you kept your eye fixed on the compass of the man in front of you.

I believe that God wants his people to shine in the darkness with light that comes from him.  I’m convinced that as a situation gets darker around you, a Christian’s life has the potential to shine brightest. I base this belief on the Bible. “The light of the righteous shines brightly, but the lamp of the wicked is put out. [1]“

Light is meant to dispel darkness.  Light starts to lose its ability to attraction your attention when it’s in a bright environment.  If you’re a follower of Jesus, go boldly into the dark places.  Let your light shine in such a way that people will see your good deeds and praise God as a result.[2]

Read more about Jeff’s Army career in his book!

Look for it on your favorite podcast platform