Racism and the Biblical Curse 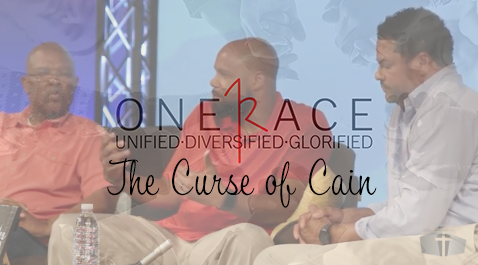 A One Race conversation with:

Jeff: This question led some of the people that had a really strong biblical background to be very strong proponents for slavery before the Civil War. And the argument was that people of color, because they have darker skin, are under the curse of ham.

So, you are pastors and church leaders in our community. How would you answer somebody today, who says because you have a dark color skin than I do, that means you’re still under the curse of Ham, referenced all the way back to the book of Genesis, one of noah’s descendants.

What would you say to that?

Derrick: If you’ve been taught like that, this is an error, bad Theology. That is bad Theology, cut and dry.

First of all, when we look at that account, actually, the curse was to Cain. It’s really interesting how people could come up with the curse of ham and then put that every dark skinned person, or person of color. When you look at the scripture carefully, it is to Cain and not to Ham.

And then furthermore, if you want, look at Biblically, curses were to define to so many generations and that’s clear, if you take all the scripture together.

And my understanding is that the Scofield Bible actually supported this idea. So, that’s out there and it’s, just tragic, that theology could be built on such just error like that.

But I think just examination of the scripture which showed that just that it’s so untrue, and if people have that type of thought, we really need to go to school and learn better.

Michael: I think too, that you know, if you’re going evaluate scripture evaluated to your point to its entirety. That’s, right old testament with new testament. In the New Testament, we find Jesus Christ, who affords us the liberty to be able to be grafted into the body. I’m thinking of Romans 8, where Paul starts by saying, “there is therefore now no condemnation to those who are in Christ Jesus,” and so it frees us.

In Galatians Paul even speaks of it concerning the concept that in Christ there is no male nor female, bond nor free, jew nor greek. And so we find ourselves liberated from whatever ideologies we have from what could have been in times past, to what Jesus has afforded us through his great sacrifice. And so, I’m appreciative that whatever curse that may be ascribed to me from someone’s era or what they believe, Christ has made us free from it all. So, I’m grateful for that.

Carlos: Cain was cursed for killing Abel. Curses were used to define that this is not what God wants us to do, so it is a very defining moment in scripture. And theologically, to tie that into an “until jesus comes back again” has no merit. Really, the defining point when I talk about race and I talk about the transition of grace and when Jesus came. Jesus himself leads into a defining issue, one of my favorite, when the woman comes to him, who has an issue and he says, you know, I have come for those of Israel. I don’t want to give this to the dogs, he’s not feed into that because of race. He’s feeding into that to test her faith, he wanted to see how strong her faith was for her daughter. That was one of those things where Jesus fit into it. But he says, your faith overcomes,  one of my favorite.

Another defining moment comes where he’s at the well with the woman. He says, what I have to give you, he says, I’ve come for a new worship service. You worship in the temple is what she says she saw you guys worship in the temple, we worship in the mountains. He says, now is the time for us to worship now in spirit and in truth. When you go all the way back to Genesis, this is a defining point in scripture if all would just take a look at it, everything that jesus did after that really promotes that the woman caught in the very act. He says, let he without sin cast the first stone, so it just started a ripple effect that he was opening it up.

The post Racism and the Biblical Curse appeared first on Calvary Baptist Church.