Playing in the dirt or playing God? 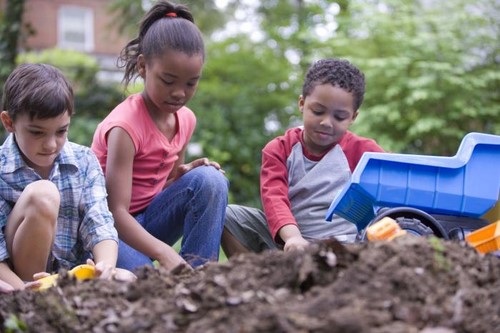 When you drive on an interstate in America, you’re actually driving across one of the greatest construction projects in human history. The Dwight D. Eisenhower National System of Interstate and Defense Highways started off as a simple idea in the mind of Pres. Eisenhower and became one of the largest, most costly, and longest construction projects in human history.

As a young Army officer, Eisenhower dealt with the frustration of moving military equipment across poorly constructed roads in the United States. By the time he became the Cmdr. for Allied forces in World War II, Eisenhower dealt with the struggles of moving millions of vehicles and tons of equipment across Europe. Eisenhower reached the office of President during a period of unprecedented industrial and economic boom in American history. He put those resources to work making a system that would allow the average American to drive from coast-to-coast on toll-free roads by introducing the Federal Aid Highway Act of 1956. Maybe even Dwight D. Eisenhower himself couldn’t imagine that this project would eventually take 25 years to complete. The United States would spend more than $129 billion constructing interstates across America. By the time this interstate system was completed, there were 46,876 miles. By the way, that’s enough roads to circle the entire Earth twice!  If there is a literal version of moving mountains, it was the Eisenhower interstate system.[1]

A better title for this blog would be- How to Move a Mountain!  We use the phrase “moving mountains” to describe an impossible task. It’s the equivalent of superhuman feats of effort. Did you know that Jesus coined this phrase in Mark 11:22-23? Jesus uses moving mountains as the measure of human faith. He directly connects the strength to move mountains with the strength of your faith.

Why does Jesus use moving mountains as an analogy of faith? Perhaps it was because this isn’t humanly impossible. Maybe Jesus use moving mountains as an analogy because of the raw strength that mountains demonstrate. Most people respond the same way when they stand on the look-out and see the majestic mountains in front of them. We stand in awe of the beauty of the hills and mountains. For those who believe that God is the creator of those mountains we not only see beauty in those mountains, but we also see God’s power put on display. Perhaps that is what Jesus is getting at in this analogy in Mark 11:23. If God spoke the words and mountains were created, the power that Jesus is demonstrating is by your words- God’s power is available to you through faith.

God is the original mountain mover

Moving mountains is the equivalent of playing the role of God. What took American engineers and construction firms a quarter of a century and more than $100 billion to complete, God did in an instant at creation.  Jesus is giving his followers the permission to ask God to use the same kind of power in their lives that he used at creation in these verses.

You need a mountain-moving God

The next time you feel overwhelmed by mountains of problems, turn to God in faith. The next time you’re facing a Mount Everest-sized challenge, ask God to intervene on your behalf. Don’t try to handle the big problems of life on your own.  The mountains remind us that we lack the power to shape the world around us. The mountains also remind us that God is ready to move in great ways on our behalf if we will reach out to him in faith.

The post Playing in the dirt or playing God? appeared first on Calvary Baptist Church.