Not again! I’m not ready for another heart break. 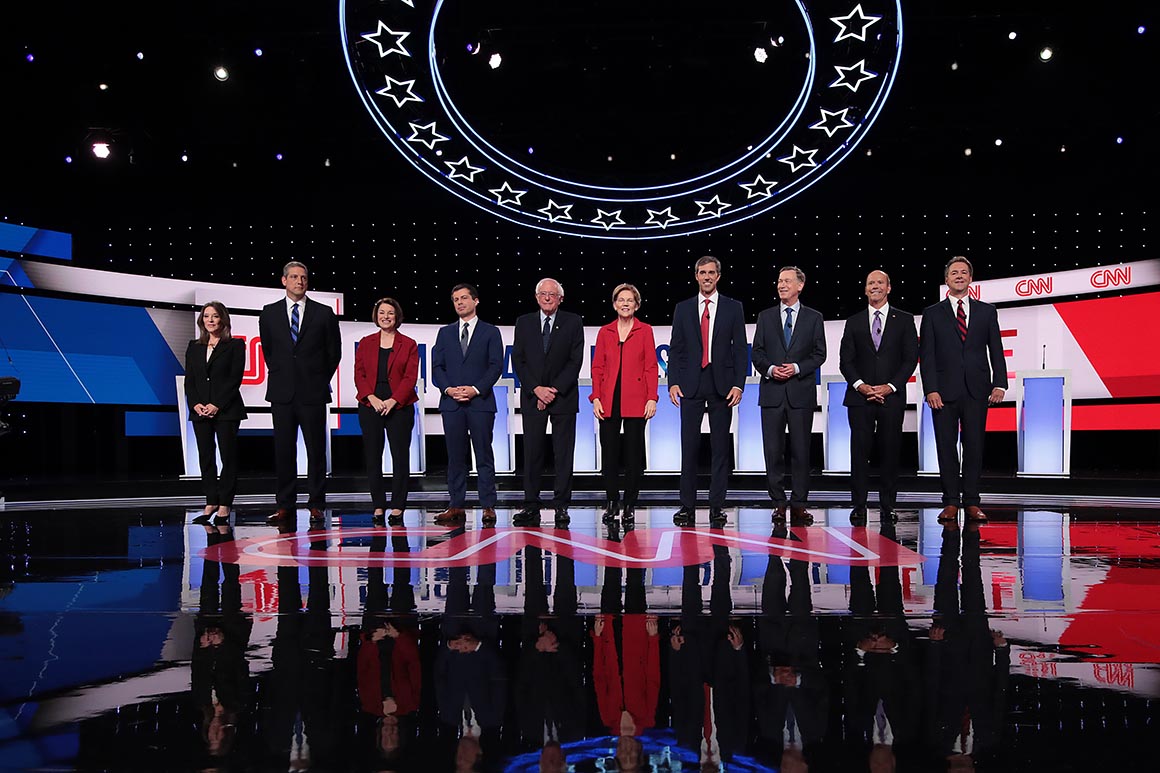 This blog will probably offend just about everybody who reads it, but here goes anyway… I’m already sick of the 2020 presidential election cycle and it has just started! I need to start this blog by stating that I am neither a registered Republican nor a registered Democrat. In other words, what I’m about to say next has nothing to do with either political party. Save yourself the trouble, don’t send me your emails arguing why your political party is better than the other one. I am not interested in that discussion.  This blog today is about the political process in which we select the next president of the United States.

I’ve been paying attention to the news coverage of the latest round of debates among the Democratic presidential hopefuls. More than anything else I’ve come away from the last couple of days of debates with this sinking feeling in the pit of my stomach. I’m not ready for the next presidential election cycle.  This political train hasn’t even left the station and I’m already ready to get off. As I watch the popular media coverage of the presidential candidates, I think to myself… Oh no, not again! I’m not ready for another heartbreak!

I want to vote for a candidate that has a strong record of leadership. However, if the election cycle takes two years of candidate’s life, how much can they really accomplish while running for the office of president?  How is it possible for a US senator or a state governor to continue their job while spending more than a year and a half of their life running for the office of president?  How can a military leader or business leader accomplish anything in their industry and run for office at the same time? It seems to me like this election cycle is way too long. Let’s go back to the time of our third presidential election, where candidates ran for office weeks before the electoral college voted to select the next president.

I’m not excited about any candidate

Perhaps one of my great frustration is in the lackluster candidates that are running for the office of president. I’m just not that fired up about any candidate from either party. Years ago, I used to have a clear favorite before going to the polls to vote for our next president. That candidate – regardless of political party – was always someone who I was excited to see as the next leader of our country. It has been many years since I was excited about any candidate who received their party’s endorsement for the office of president.

I have always followed my conscience when voting for any candidate in any office. However more than once over the last 20 years I could not in good conscience vote for either candidate running for the office of president. This creates internal angst for me. Therefore, twice in the last 20 years I have written in a candidate for the office of president. My friends and family criticize me for this approach. They tell me that I’m wasting my vote. Although this may be true, I would rather waste my vote then cast a ballot for somebody who I don’t believe is worthy of this high office. The 2020 presidential election cycle has just begun and I’m already disappointed by every candidate for this office.

Something is wrong with the process

The more that I think about it the more I feel my frustration is not with the people running but with the process that I am most frustrated.  The presidential election feels an awful lot like a beauty contest to me. It’s not the person most qualified for this office who receives the party’s nomination or the popular vote. It really feels to me like the person who can raise the most money who is the most charismatic behind the Teleprompter will become the next president of the United States. This is what makes the process feel broken to me.

How did the system become so broken that the most qualified or best candidate doesn’t even make it to the final ballot anymore? What’s wrong with our system for selecting the next leader of the free world? I understand that every candidate at this level must be able to charm the television cameras. I fully agree that social media plays a significant role in influencing the popular vote. I have nothing against these information outlets. My frustration is with the type of personal qualifications that some of these media outlets value most.

When looking at the system objectively, it seems like we stopped valuing a candidate’s ability to lead and replaced it with how good they look under the stage lights.  This is a scary proposition… Because it leaves the door open for any well-spoken idiot to become the next leader of our country. I would rather hand the missile codes to the US nuclear arsenal to man or woman who has a proven record of leadership under difficult circumstances than to someone who is able charm audiences with their swagger and sick hairstyle.