Move so fast they can’t stare 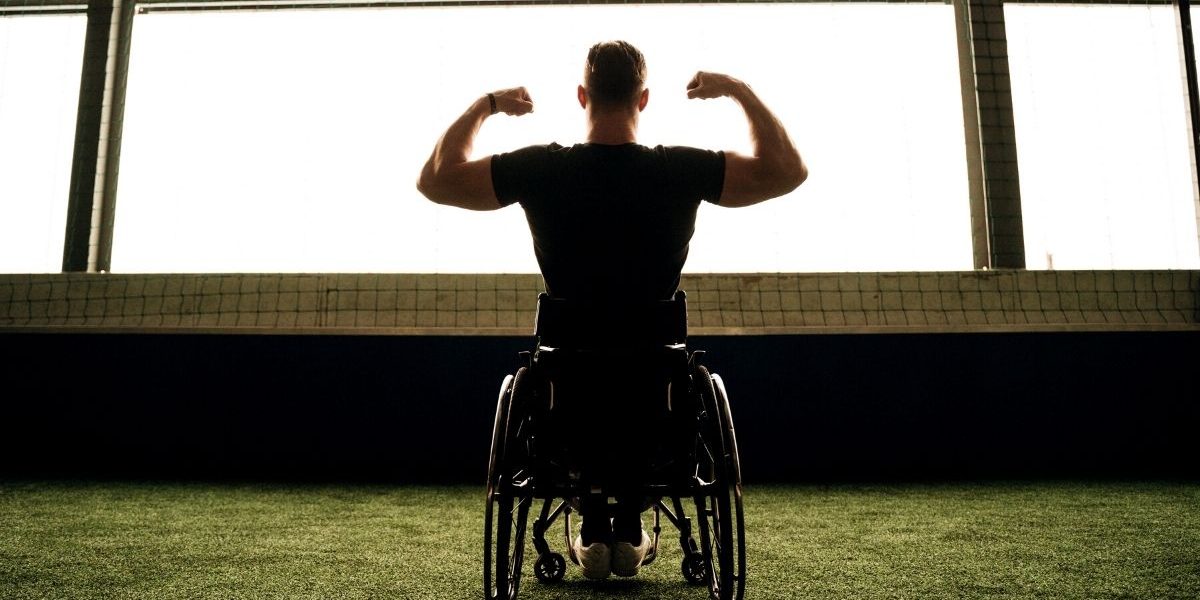 James Roberts looked different from birth.  This son of a US military father and British mother was born with a congenital disability called femoral dysplasia. In plain terms, his left leg had no femur and only a small tibia.

Of course, this was a huge challenge for him learning to crawl and walk, and by the time he reached school age, this disability made it hard for him to go to school.

When his schoolteachers saw the challenges that James had to endure, they let him know that he would never amount to anything. However, James is unbeatable.  So, he decided to turn the comments of his teachers on their heads. James looked to sports to show the world his toughness and character.

You can picture in your mind the obstacles James had to face with a left leg that couldn’t support his body weight. But, James quickly realized that he was just as fast as other students in the swimming pool.  By age 16, he was competing and winning against the able-bodied athletes as a competitive swimmer.  Before he turned 20, he was representing Great Britain on the national Paralympic team.

Later, James moved from swimming to rowing and competed in the Beijing 2008 Paralympics.  Following those games, he transitioned to seated volleyball and competed for his home country in the 2012 London Paralympics.

People are going to stare at you when you are born different.  In my recent interview with him, James taught me that disabilities don’t have to become your identity.  He was born with some physical challenges, but James didn’t let those challenges determine what his future looks like.

Here are two lessons that we can all learn from James Roberts’ outlook on differences and disabilities:

James could have sat around all day long complaining about his disability.  It was early on that he realized he had a decision to make.  “I had to decide if I wanted to be a spectator or competitor in the Olympics games.”

You have the same decision to make also.

All of us face challenges. The thing about challenges and difficulties is that they’re always right in front of our faces. We are each acutely aware of our own disadvantages and disabilities.  Some of our challenges are hidden, and no one can see them.  Others are obvious, and people are going to stare at us.  If you’re worried about what other people think, you’ll never get off the couch and face your challenges.

Don’t let your challenges own you

It takes courage to let others see your disabilities and difficulties. It is even more challenging to decide not to let those difficulties hold you back from reaching your true potential.  James accepted his role as a representative for his country in multiple Paralympic games, but he didn’t allow his disability to define his identity.

All of us fall.  We all face challenges.  Life knocks us down for no reason.

Rather than dwell on your failures and difficulties, turn them into a powerful force for good.  Follow James’ example, and use your disabilities and challenges to focus on getting better in the future.  When you’re moving fast enough, people might notice your disabilities, but they don’t have time to stare at them!

Listen to the whole interview HERE.