Mike’s Story: Life knocked me down, faith picked me up 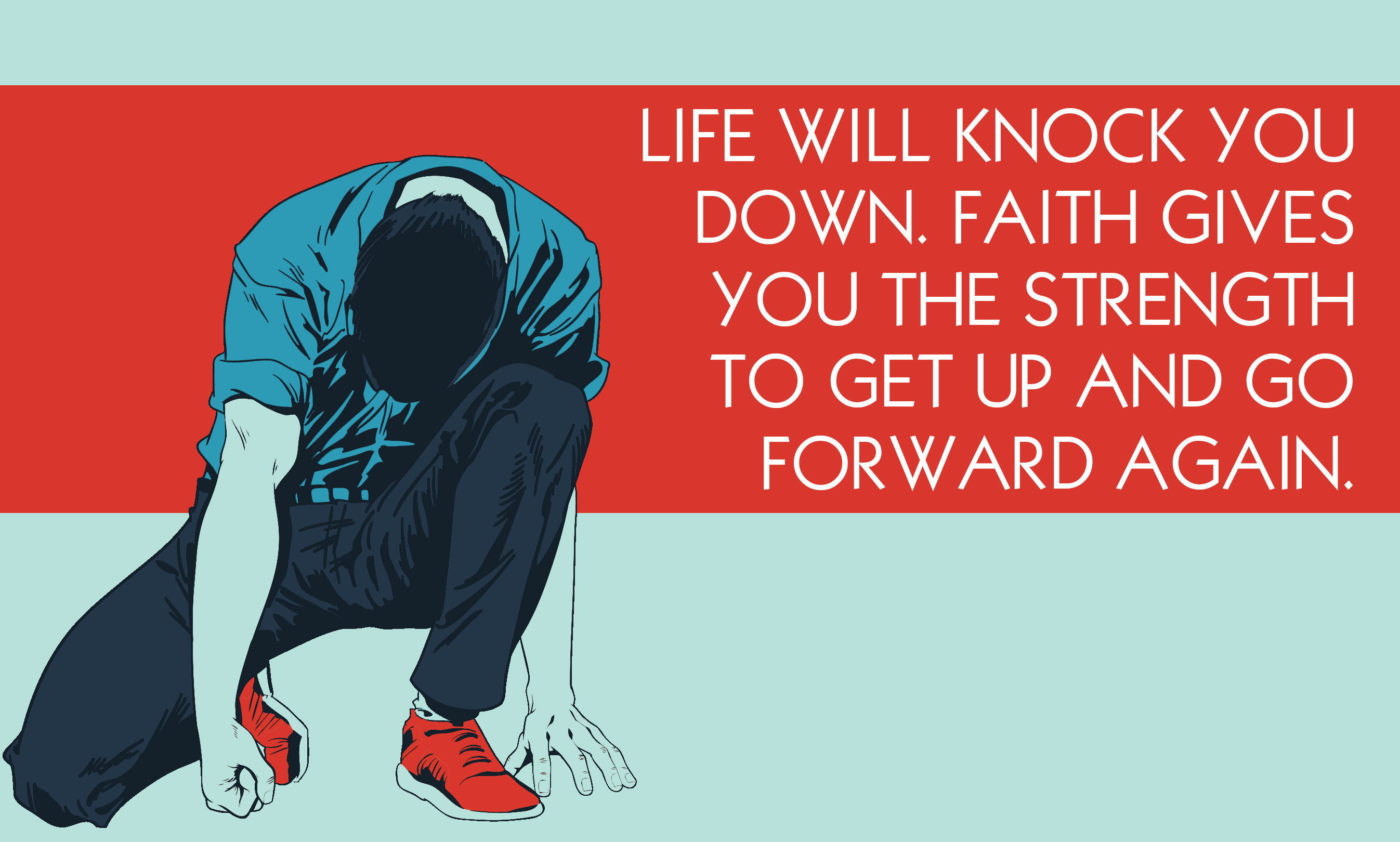 On the 25th of April, 2012, I experienced a rare, but significant tactical defeat in Afghanistan. Since then, my career and outlook stems from the events of that day.  I was the Battle Company commander in the 1-508 Parachute Infantry Regiment, leading my Soldiers through a seven-month deployment in a highly contested area of Kandahar Province in the southern part of the country.

Our company conducted a two day, out of sector air assault to clear Salim Aka, a small village and known Taliban stronghold. Historical data indicated we would be walking into an improvised explosive device (IED)-laden area and expected enemy contact.  We partnered with an Afghan National Army (ANA) company living with us in our combat outpost.  Training, partnering and patrolling with Afghans was harder and more tedious than just leading our own men, requiring increased levels of risk with a heavy dose of patience.

At this point in my career I had been on hundreds of missions, but this one felt different.  On any other mission I executed, I felt we held the comparative advantage, whether that be air support, element of surprise, technology, or overwhelming firepower.  On this operation, the odds were even; we walked into a fair fight, in fact, one could argue, because we were playing in their backyard, we went into the fight disadvantaged.  I knew what this meant as far as threat; I did not expect us to come out on the other end unscathed.  I prayed hard for strength and safety, for myself and for my men.

On the morning of April 25th, we infiltrated by helicopter at 3 am. I was with 1st Platoon, the assault element, while our 3rd Platoon moved into their overwatch position for the clearance of the first village cluster of compounds. Prior to their establishment, an Afghan soldier stepped on a pressure plate IED, or roadside bomb.  The blast instantly killed one of my team leaders, Corporal Ben Neal, and two Afghan soldiers.  Additionally, Specialist Sam Watts received a fatal brain injury and would succumb to his wounds about a month later at Walter Reed.  Other Americans and ANA lay injured.  After conducting multiple medical evacuations, including some with Afghans quitting the mission and hopping on the helicopters meant for our wounded, we continued our clearance operation.

Once our assault element reached its initial objective, the ANA soldiers got scared and refused to clear the compound. 1st Platoon assumed responsibility of the clearance to establish a foothold. Within the first few compounds, we found a house borne IED rigged to explode and IED making materials in an alleyway. After walking the pathway with my platoon leader numerous times, I went back to the first compound to conduct a radio call and heard an explosion. First Lieutenant Albano stepped on a pressure plate, amputating his right leg. Other Paratroopers were severely wounded from debris abrasions, vision, and concussion, and we conducted additional medical evacuations due to the second mass casualty event.

That evening, after we finished clearing our initial objectives and established our patrol base, I made a staggering radio update to my battalion commander.  Of our initial 100-man element, I had 27 less people on the ground than I had that morning. There was a swell of emotions that came over me as I finished the report.  Lying on a rooftop underneath my poncho, despite the preparation, I felt I had failed my men and my unit. I also thought about my roommates from my first unit, Jason Holbrook and Paul Pena, who both died in Kandahar in 2010.  Ranger Team Leader Rob Sanchez, who ironically, died from a roadside bomb less than three miles from our infil site almost three years prior in 2009; I was also the ground force commander for that operation. The next day may have held a similar fate for me, but I knew quitting was not an option. I knew in a few hours I needed to lead my men again, and refused to let down Ben and Sam by not completing our mission. I resolved to be the stability my unit would require before, during, and after that operation, but I needed help.  I couldn’t carry this mantle alone.  Life had knocked me down, and it was my faith that lifted me up.

Getting kicked while you’re down

In that moment, to seek both wisdom and strength, I called on God.  Under that poncho, next to the radio, on a rooftop of a mud hut in southern Afghanistan, I 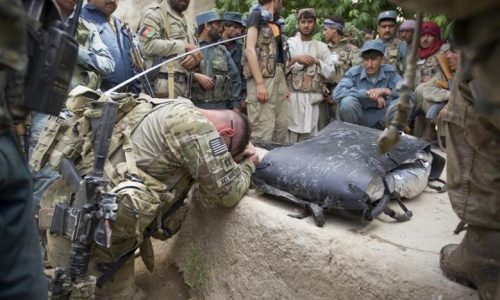 bowed my head and prayed for God to intercede on my behalf and guide my company through the next day.  I felt a sense of peace wash over me.  I knew the following day wouldn’t be easy, but at least I had the confidence and faith to know I wasn’t alone.  Soon after my time in prayer, I laid down on the dirt floor of the hut for a few hours to get some rest, and woke up early the next morning trusting God would guide my steps and the path of my men through the day’s events.  I realized then and every day since, I was right where I needed to be.  There were many times during that rotation where every step along a path was a literal leap of faith.  I trusted God in the outcome, knowing he was with me.  Psalm 23 took on a whole new meaning.

We diligently prepared for the operation, including proper planning, an understanding of the enemy situation, and conducted rehearsals.  In the midst of suffering significant losses, I grew from the experience and led my men through a complex deployment. The Army trains us to operate in a high risk profession, demanding us to be sharp, decisive thinkers. Had I shut down that day, the ones who would have suffered most were the men still on the ground.

Looking to the greatest leader

I try to carry this lesson with me every day. By giving my best effort in all I do and continuing my service in the Army, I believe I am honoring the men who paid the ultimate sacrifice.  I also strive to be a living example and show others the significance and power of who God is, and why the word “sacrifice” is so meaningful to me.  John 15:13 says, “Greater love has no man than this, that he lay down his life for his friends.”  That verse of Scripture carries heavy meaning for me.  Many Soldiers copy that verse and attribute it to the loss of our fallen comrades.  But it is not just because of the sacrifice I’ve observed on the battlefield that the verse carries significance, it is because of the true meaning of the verse and sacrifice that happened on the Cross and the blood Jesus Christ shed for all of us.

At some point, life knocks all of us down.  We fall prey to the enemy in many different ways, including sin, failure, depression, and even combat.  But realizing God is with us, not only in our moments of happiness, but also times of sorrow, stress, and what seems like overwhelming odds is what makes the difference.  Trusting in Him is the comparative advantage I sought before stepping off on the mission, and continued to seek even in times of horrible tragedy.  An often cited quote for prayer is, “When life gives you more than you can stand, kneel.”  I can attest to that truth, and hope we, as Christians, understand the necessity, power, and calm that faithful prayer can bring as a weapon we carry to face life’s greatest challenges.  Rangers may lead the way, but God lights the path.

Major Mike Kelvington grew up in Akron, Ohio.  He is an Infantry officer in the U.S. Army with eight deployments to Iraq and Afghanistan, including with the 75th Ranger Regiment. He’s been awarded the Bronze Star Medal with Valor and two Purple Hearts for wounds sustained in combat. He is a graduate of the United States Military Academy at West Point and holds masters degrees from both Princeton and Liberty Universities. The opinions expressed above are his own, and do not represent the official position of the U.S. Army, the Department of Defense, or the U.S. Government.

The post Mike’s Story: Life knocked me down, faith picked me up appeared first on Calvary Baptist Church.