I’m beyond ready for this election!

If you’re like me you’re probably beyond ready for this election to be over! You probably heard more about the two candidates then you can stomach. I know I’m ready for next Wednesday. Forgive me for adding to the noise of this election period- but I’m going to remind you about the responsibility of citizenship in a free country.

It is a great privilege to be able to select your leaders through the democratic election process.  The ability to vote for your leaders is a gift from God. A gift that should not be taken lightly and must not be neglected.    A man or woman who is not willing to be under authority is also not ready to serve in positions of authority. This is a biblical concept described in Matthew 8:9.

Therefore, you and I must be willing to submit to the authority of our government (Romans 13:1-2). That’s what makes this election so important. That’s what makes every election critical.  To wield the vote for your own government is to have great authority in the leadership of your country. Here are some of the responsibilities that go along with the ability to vote:

I want to take this challenge a step further. It’s not good enough just to know about the issues and to understand the candidates’ opinion on the issues, we must set the bar high for the character of the person in the office for which you’re about to vote. Character is King or Queen! No issue should become more important to you than a candidate’s character.  Because if you can’t trust the candidate’s character, then you cannot trust them to follow through on the issues of the election.

Now that you’re informed you’re almost ready to vote.  But don’t go to the polls until you go to the Lord in prayer.  Ask the Lord to give you the wisdom to make sure that you’re casting the ballot for somebody who will honor God and serve the people.

Don’t miss the opportunity to cast your ballot.  Your vote is your voice for the leadership of your nation. A failure to vote is giving up your voice. In fact, in our house, if you fail to vote, you no longer are able to speak against the policies of your leader. You gave that right up when you gave up your voice in the election.

We live in an age where millions of eligible voters choose not to vote. This is would be unimaginable to the founding fathers. The men and women who sacrificed their lives to give Americans the freedom to vote, who threw off the chains of taxation without representation by the British government, would be incredulous at the idea that America is able to go to the polls but unwilling.   If you fail to vote this year, you owe an apology to every man and woman who’s ever paid for your right to vote with their blood. Don’t take this for granted. 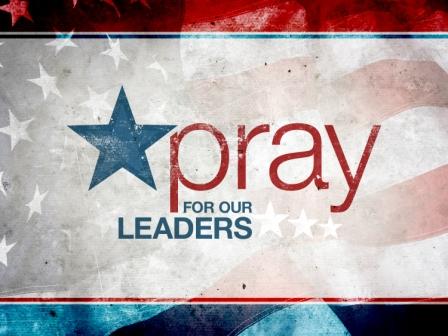 Now that you’ve cast your ballot pray fervently for your leaders.   We often get the kind of leaders that we deserve as a nation not that the
type of leaders that we want. In other words, it’s our own fault that the best candidate doesn’t win the office. Even if your person didn’t win, we are still commanded in Scripture to pray for those in authority (1 Timothy 2:1-3).   Keep praying for those in authority.   Keep asking the Lord to lead them as they lead us.