If someone must speak out- why don’t you? 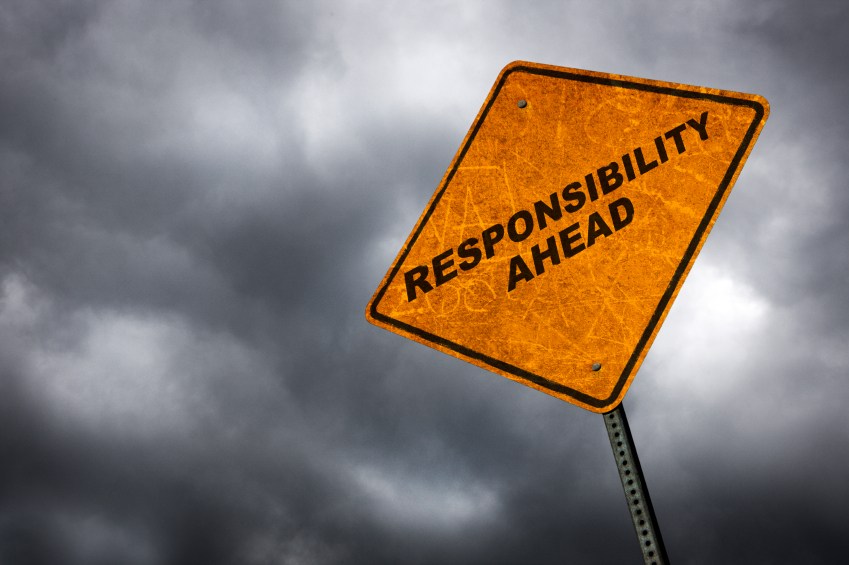 “All that is necessary for the triumph of evil is that good men do nothing,” said Irish statesman and philosopher Edmund Burke.[1]  This quote has been used and misused in many circumstances. Today, more than ever, I believe it challenges good people to speak out against evil.

The challenge of living in a society that grants the freedom of speech, is the responsibility to stand up and speak out even against those with immense power. So, let’s just be honest; it’s going to take great personal courage to speak out against your college professor when you know they’re doing something immoral. It’s going to take great personal risk to tell your boss that their business practices are immoral.  It takes great personal courage to look your parents in the eyes and challenge them on a moral issue.

Speaking out is always a risk. It’s an even greater risk when the person you’re speaking out against has great influence over you. Don’t let that stop you from calling it like it is.

I respect a man or a woman who is willing to speak their mind even if it comes at great cost. Calling it like it is, making the remark against your boss, demonstrates that your integrity is more valuable than your comfort- That you’re more concerned with doing the right thing than getting ahead of your peers. Making in the remark may be very costly to you personally or professionally… but failing to speak out can be even more costly to your integrity.

Leave the results up to God

You’re going to have to live with yourself if you know something is wrong and you don’t speak out against it. Although keeping your mouth shut may be temporarily convenient now, in the long run it may cause you to lose much more by sacrificing your integrity.

However, I believe there’s another reason why we should be willing to stand up and speak out against immorality. That reason is because it honors God. There’s a story in John 9 about a young man who is willing to stand up against some of the most abusive leaders of his day- the Pharisees.  It’s pretty obvious from the context of the story that everyone around him is terrified of this board of abusive leaders. I believe this young man in John 9:24-25 is also terrified, but I believe there is something greater going on in this story than his personal fear of speaking out.  In John 9:26-30, this man shows great courage when he confronts these religious leaders about their unwillingness to admit the truth.  Imagine the courage this man needed in order to stand up and speak out against the equivalent of the Supreme Court, Congress, and the local law enforcement of his day.  Obviously, something became more important to this man than his personal safety. He wanted truth more than he wanted personal safety. This man is an example for all of us of what it looks like to stand up and speak out against injustice.

When is the last time that you confronted somebody who was abusing their authority? When was the last time you were willing to say something that everybody else in the room believed but nobody had the courage to admit? I am convinced God is honored every time you and I stand for truth. Sometimes the standing for truth can be very costly. Don’t let that prevent you from speaking out against immorality and injustice.

The post If someone must speak out- why don’t you? appeared first on Calvary Baptist Church.