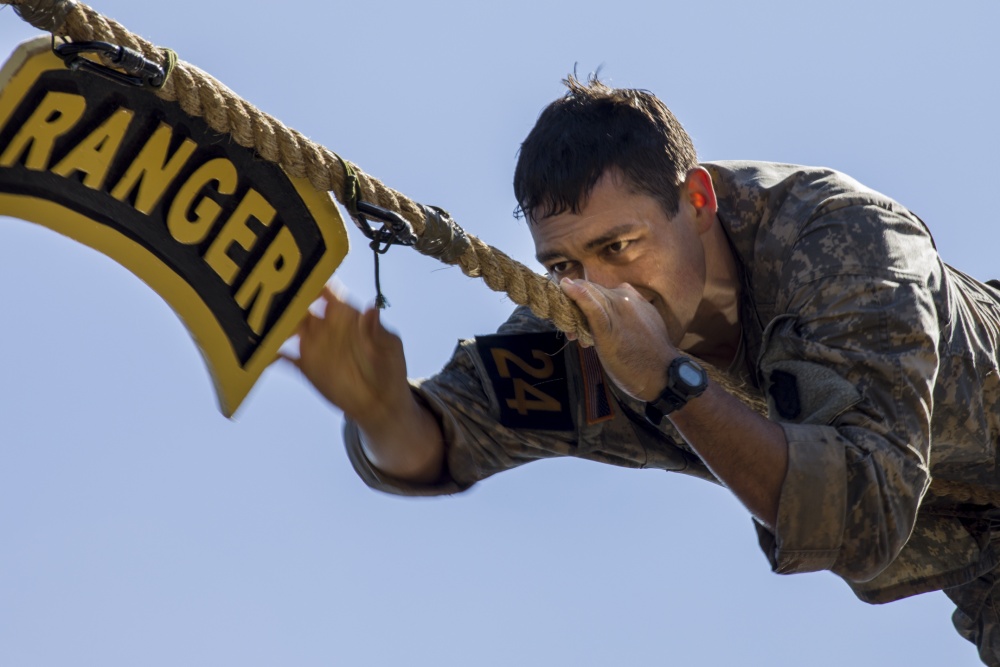 I love competition- I thrive in it!  Competition brings the best out of me. Stiff competition forces me to push myself to the limits.  I’m not the type of guy that must win at all costs, but healthy competition makes me give my best effort.

This David L. Grange Best Ranger Competition is one of the toughest competitions I’ve ever faced. This world class endurance competition forced me to train and perform at levels that I would have otherwise never reached!  I pushed my mind and body to the limits during this competition.

If you’re not familiar with the Best Ranger Competition, let me explain why it’s sometimes called “the Army’s Olympics”. This world-renowned military competition is conducted annually in two-person teams. Two Rangers come together to test themselves against teams from across the United States Army.  Because the US Army Ranger course is extreme military training, only the strongest and toughest warriors on the planet can enter this competition.

Best Ranger allows teams from other branches of the US military to compete in this event.  Several Marines have won the Best Ranger Competition in its history.  Warriors from foreign countries who have successfully completed the Ranger course have also entered this competition.  I’m a big fan of this competition because it brings out the best in the Rangers. If you want to know more about it, read my blog Getting Black and Blue during the Best Ranger Competition.

Best Ranger is a good name for this competition.  It attracts only high-caliber, hyper-focused, physically tough competitors. This stiff competition brings out a level of sacrifice and commitment rarely found anywhere else in sports.  Although you must compete as a team, the Best Ranger Competition is unique in the quality of teams that show up to compete against one another.  This is the highest level of military competition.

There’s a guy in the Bible named Nehemiah who is an incredible leader. He’s the kind of guy who is able to face stiff competition. In fact, he tackles his greatest challenge by moving to Jerusalem in order to rebuild the walls of a broken city.  Nehemiah faces extreme pressure from stiff external threats. Yet, Nehemiah rises above this external competition.

External competition forces a Best Ranger team to perform at its best in order to achieve victory. Internal competition can help teams get better by learning from one another. However, when competition becomes personal, it usually gets ugly. The difference between healthy and harmful competition takes place inside the human heart. It’s subtle, but significant!

When one team member sabotages the work of another to make himself or herself look good, the personal competition has become destructive. This happens inside churches when one group of people demands its way at the expense of all of the others. This can even happen inside families when one family member takes advantage of another for mom and dad’s attention.

Nehemiah’s toughest challenge was his most dangerous competition.  It was the competition that was twisting the heart of his own people against one another.  Be on guard against this kind of personal competition; it will never lead to greatness.