How Kara won the 11-year war 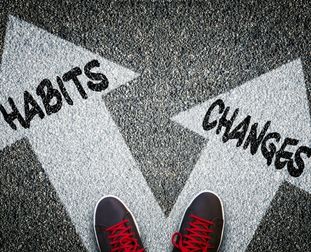 Habits can be your best friend or your worst enemy! All of us need to develop some good habits in our lives. Chances are, you also need to work to remove some bad habits in your life. (Relax. I’m not going to make you feel bad for already quitting your New Year’s resolutions.)

Instead, I want to show both the destructive power and the great good that forming habits can have in your life.

Kara Holmes developed a habit that stayed with her for years at a young age.  It took her 11 years to break free from the life-threatening eating disorder she developed as a child.  None of us wants to spend 11 years fighting a harmful, hated addiction that we know is dangerous to our health. However, patterns easily turn into habits that can stay with you for a lifetime. This is what makes bad habits so destructive.

This article isn’t written only for people fighting the habit of an eating disorder. I want to offer some practical advice to anyone who’s battling with a bad habit, addiction, or secret struggle.  Here are some things that Kara Holmes shared on Episode 18 of UNBEATABLE that might help you achieve victory over the habits that you’ve been fighting.

The experts say that it takes anywhere from 3-36 weeks to form a habit. New behaviors become automatic in about 9 weeks.[1]   These statistics are good news to anyone trying to build some healthy habits in their lifestyle. But, the same statistic is devastating to anyone who has been practicing some unhealthy habits.

Kara had body image issues from childhood.  These images could have become a powerful motivator for good.  However, she discovered that she could control the way that she felt about herself by vomiting after meals. Compound this by the fact that she was working around food for 15 years, and you have the perfect recipe for a deadly combination.  It took a lot of years to learn that her eating disorder wasn’t just related to her weight and how she felt about her body; it was ultimately about trying to control her circumstances.

Habits are hard to beat

It’s highly unlikely that you will achieve victory over your addictions or bad habits until you get to the essence of the problem. Kara tried and failed multiple times to defeat this eating disorder. Don’t stop believing that you can beat it!  if it was easy to defeat your bad habits, you would have already beat them.

Habits die in the open

Don’t go it alone!  Secret struggles are always harder to break.  That means, continuing to hide your struggles from a trusted friend or confidante makes the habit harder to break. I don’t believe you need to tell everybody your deepest struggles and secret difficulties. However, I do believe that some struggles need a team approach to achieve victory.

Be highly selective about whom you share your secret struggles with. However, I hope that you have one or two people in your life who can come alongside you and help you overcome your greatest challenges. The opposite is also true. I believe that sometimes you need one or two people speaking the truth in your life to help you develop some good habits that will stick with you in the future.

Kara failed when she tried to defeat her eating disorder alone. It was only after she brought her secret struggle to light that she was able to win her 11-year battle with bulimia.  I realize that it takes a lot of courage to open up and be vulnerable about your greatest struggles. However, that courage may be the very thing that gets you that help you need to defeat your challenges and struggles. If you’re still trying to kick a bad habit, follow Kara’s blueprint.  Get serious enough to reach out for help, and I’m convinced you can be unbeatable over your habits like Kara.

Listen to the whole interview with Kara HERE