For Heaven’s sake and your own good…Get off Facebook! 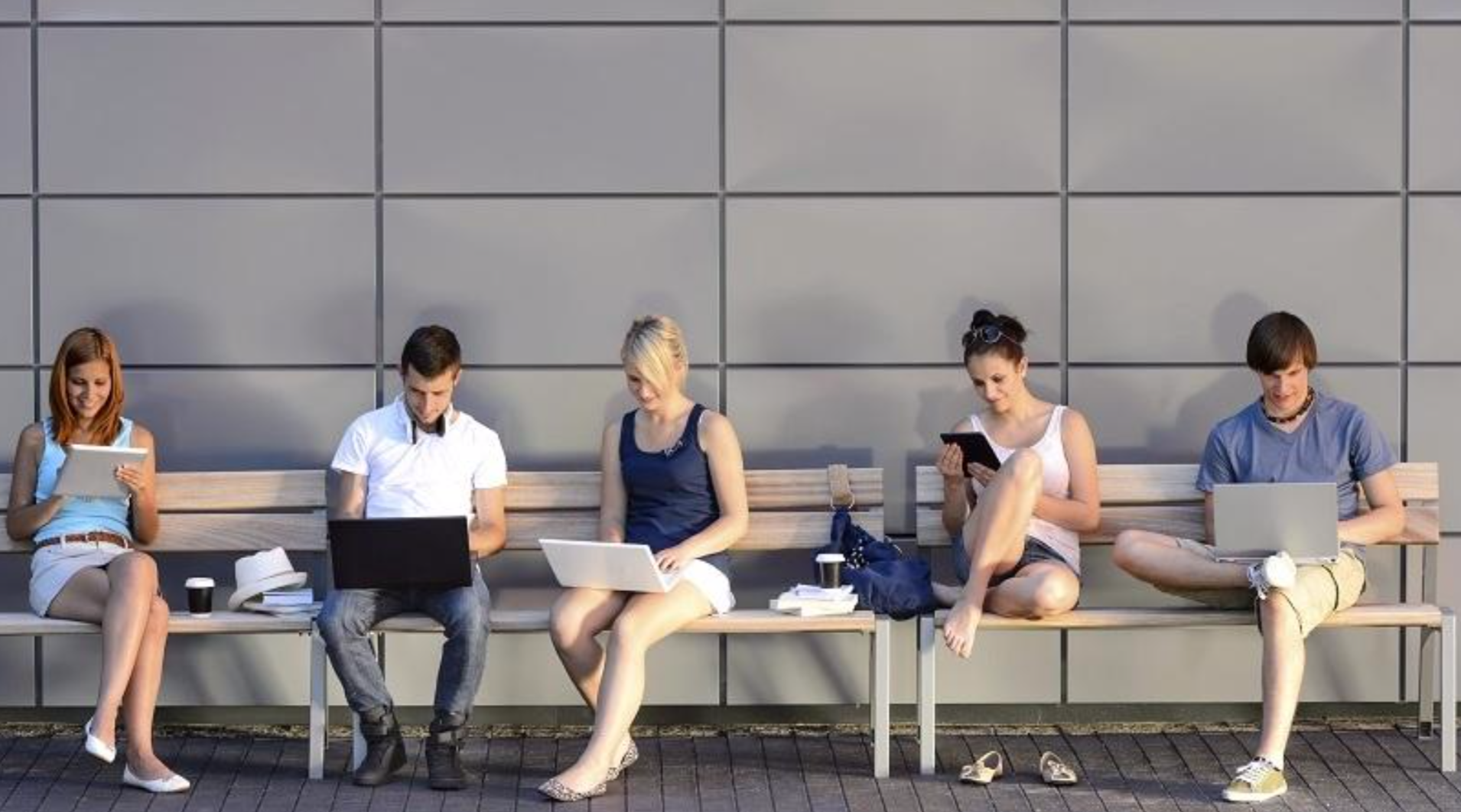 This blog is a call for all Americans to get off the crazy train.  I watch people mindlessly stare at their devices at the gate in airports. They seem to go through withdrawal symptoms when they’re unable to check social media while the airplane is in flight. As soon as the plane lands, they feverishly scroll through all of the posts that they missed. After watching this kind of rampant behavior, I started to realize that Americans are developing an unhealthy relationship with social media and technology.

Don’t get me wrong, I’m not against social media and technology.  By themselves, they have no capacity for good or bad.  They are neutral platforms.  However, when the human heart is injected into these platforms, they become capable of great harm or great good.  This post today is not designed to single out Facebook, rather it’s a wake-up call for all social media platforms and our unhealthy obsession with technology in general. Did you know that depression is on the rise all across the United States?[1]This image below shows the rapid increase in depression in America. Multiple studies have confirmed the relationship between social media and increased depression.[2]In fact, some studies have indicated this is the single greatest factor that undermines the emotional satisfaction and mental health of middle-aged women.[3]

The correlation between social media and anxiety related depression is well documented. In a recent study social media was directly linked to anxiety.  There’s even an acronym to refer to this specific type of anxiety. This anxiety is called Fear Of Missing Out (FOMO).[4]Ask yourself, where did a phrase like this even come from? Why do we have to worry about what somebody else is doing? Social media opens the door for the anxiety that somebody is living a better life than you are having. I’m begging you to beat this dangerous obsession.   My challenge for readers today is take a measured look at the effects social media is having on your personal life.  Ask yourself if you are using social media to replace real relationships in your life. I am imploring you in this blog… If you can’t discipline your use of technology, delete the apps or go back to analog.

The fake news on social media is notorious! In fact, there have been months of investigation on whether or not the presidential elections have been influenced by fake news reports. Everywhere around you people are posting information that’s just a lie.

This might shock you but… not everything you read on the internet is true! As long as human beings have the capacity to lie, we will use any and all websites or social media platforms to deceive one another. Don’t believe everything that you read on social media! Don’t believe all of the reports that people post on their profile. The way that you keep yourself from being deceived by these false reports is to just get off social media altogether. Only trust news from credible sources that do the research and report accurately.

Social media provides people a dark curtain from which they can hide behind. Therefore, people will spew hatred on social media that they would never say to your face. It’s the perfect platform to provide people an opportunity to display an ugly, hateful heart. Perhaps, one of the reasons why social media is having such negative impacts on millions of people in America is the hatred that they’re reading in other people’s social media post.

Jesus is pretty serious about the words that come out of our mouth or Online. He is so serious that he said in the Sermon on the Mount your anger toward your brother is just as bad as murdering him in God’s sight (Matthew 5:21-22).  Social media provides some people the platform to spew all kinds of anger and hatred at one another. Some hide behind social media to criticize because they’re afraid of the repercussions if they were to say those ugly things to you personally.  Jesus reminds us that God holds us accountable for all that we say (Matthew 12:35-36).  This includes all that we say Online.

How many virtual friends do you have?

Another danger with social media and technology is that it gives people a false sense of community. I watch people mindlessly look at their devices instead of talking to one another. I know many people who are more concerned with how many people are following them on Instagram than the personal friendships they have. People like this are looking for community in a virtual world.  Let me remind you, virtual friendships are not the same thing as sitting down and spending time with a real human person in the flesh.

Don’t get me wrong, social media can be good and healthy when carefully used.  It allows us to communicate with people over great distances. However, I hope you would agree that this kind of connection is a poor second place to a real face-to-face conversation. The problem with virtual friendships is that God created humans for real, intimate relationships. Technology can’t replace the human touch for which we were created.

I should also remind you that technology isn’t necessarily making life better. Many researchers are starting to realize that social media and technology may be having a detrimental impact on our lives.  Technology is creating addictions that many people around the world are starting to recognize.  In an unprecedented effort by some of technology’s biggest names, a coalition called the Center for Humane Technology was formed to fight this disturbing trend.[5]These giants in Silicon Valley are asking the technology leaders to protect the next generation from an unhealthy relationship our generation has with technology and mobile media.   They are challenging parents to put some controls over their children’s use of technology.  They are asking schools and institutions to treat excessive online gaming and Internet use as addictions. A study is currently underway by the National Institute of Health to determine the real damage and on healthy relationships social media might be having. So, I implore you once again… For Heaven’s sake… Discipline yourself or get off the internet altogether!