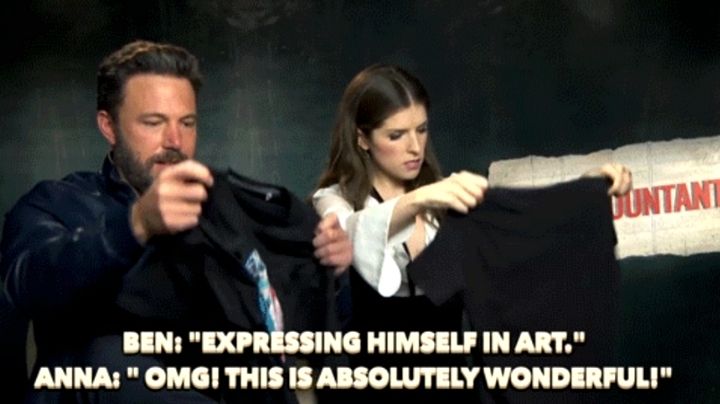 As Mishka Sibert described her brother, Samko, she reminded me of the dignity that comes along with viewing people as different rather than disabled in her recent interview on Unbeatable.  When viewed through Mishka’s eyes, Samko’s differences look beautiful. Apparently, many other people are beginning to see the beauty of Samko’s differences, too (thanks Ben Affleck & Anna Kendrick).

It would be easy for Mishka to complain about her brother’s differences. Rather than becoming bitter about them, though, she did something beautiful with them.  Rather than resenting her circumstances, she turned them into a platform that’s touching the world.

She turned her fire for her bother into a passion that’s igniting hearts across the globe from her little corner of Slovakia.  Here’s how you can embrace an unpredictable life like Mishka also.

Mishka introduced me to a term I’ve never heard before.  “Glass children” are the siblings of special needs children.  She explained that the terms refers to the common practice of looking right through children, because they are so focused on their special needs sister or brother.

I had never heard this term, because I didn’t grow up in a house with a special needs sibling. However, as I think about how this phrase could have affected Mishka’s view of herself and the world, I became even more impressed with this woman who didn’t learn to resent her bother’s differences.  Rather, Mishka became his biggest fan.

Chances are, you have someone in your life who needs a little extra time and attention.  You can resent them for holding you back, or you can follow Mishka’s example.  She started to see something beautiful in the world around her when she slowed down and looked at the world through Samko’s eyes.

Learning to find purpose in your problems

When the rest of the world could only see a boy who was different, Mishka could see something beautiful inside her brother.  She wanted the world to see the beauty of Samko’s world, and this is where she took a courageous step.

Mishka saw beauty when her brother used paint and brushes. She decided to show the world her brother’s artistic capabilities. Rather than letting Samko’s difference become a problem Mishka tried to overcome, she turned them into a passion and purpose.

You have two options when encountering someone who is different from you: resent the difference or respect it.  How you see yourself and the value and dignity of humans will determine which one you choose. My challenge to you in this article is to live out the phrase vive la difference.  This French phrase has often been used to refer to gender differences between men and women.  However, translated “long live the difference,” it can refer to anyone who is different from you.

Mishka learned how unpredictable life can be, living with a brother who is different from other boys in school. Rather than resenting her circumstances, she learned to embrace them. If you will follow Mishka’s example when life doesn’t go the way you planned, I believe you can find beauty in the unexpected differences around you. And by finding beauty in them, you too can be Unbeatable like Mishka!

Listen to the whole interview HERE.