Betting it all on God 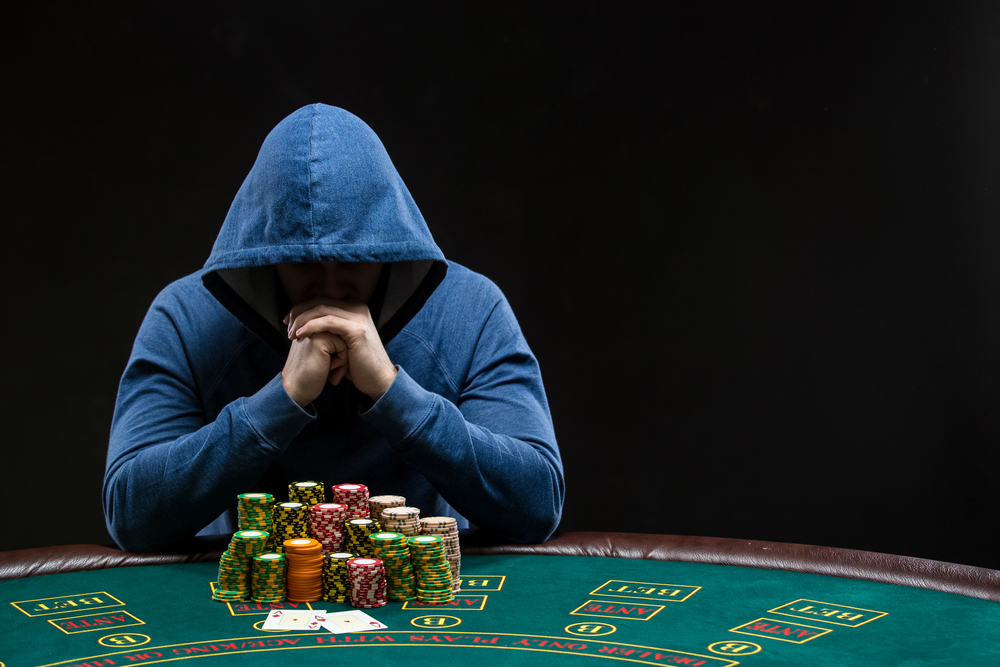 This week, while waiting at a restaurant for a friend to show up, the waitress and I had a brief discussion about faith.  She explained that she was challenged with a question in which she really didn’t really know how to answer. I hope this blog today will help you learn from this question this waitress was struggling with.  Her friends argued that there is no such thing as faith. They believe that faith in God is ultimately a conspiracy designed to control people. I am using the word faithtoday, whereas her friends used the word religion. She genuinely didn’t know how to answer the question “Is faith a farce?”

Any person of faith, if they were honest with you, would tell you they struggled with betting it all on God at some point. It doesn’t matter if they were young or old when they came to faith, the very idea of the existence of God causes some internal struggles. We live in a very humanistic and naturalistic age. Most of us are inundated by society with the idea that if you can’t see it don’t believe it. Our culture teaches that if you can’t prove it in a science lab that it cannot be real. The problem with this philosophy is it doesn’t account for faith. That’s why all faith is a bit of an internal struggle. I personally had to wrestle with the idea of believing in someone that I have never seen before and surrendering to something bigger than myself when I came to faith in Jesus. If you’re still trying to figure out what you believe about God, maybe this blog will give you a few things to think about.

The very idea of the existence of God is a dangerous thought! Deciding whether you believe that there is a Creator who calls the shots in the universe must dictate how you live your life. Maybe one of the reasons why the freethinking societies decide not to believe in God is because they understand the consequences of this idea. Perhaps atheists understand better than some immature Christians, that if there is a Creator, he alone decides how I should live my life. Perhaps atheists throw off the idea of God because they understand fully the consequences to their life if he exists. All people are risking their life based on belief or disbelief in God.

What would merit taking the risk and believing in God? Why would someone be willing to give up control of their life and unconditionally surrender to God?  In other words- is the reward worth the risk? Often, these questions don’t go through the mind of the man or woman of faith initially, but at some point, all of us will have to struggle with this idea. I’ll be honest with you- belief in God is a risk- I believe the risk is well worth it!

Jesus explains the risks and rewards of faith clearly in Mark 10:29-30.  He also doesn’t hide the fact that you are taking a risk by believing in him. In these verses, Jesus is adamant that faith will cost you something. He explains that your faith may cost you severely in this passage. However, Jesus also describes the reward of faith. By placing your trust in Jesus now and surrendering your life here on earth to him, you receive the ultimate reward… Eternal life!

Struggling with the relationship

I hope by now I’ve convinced you that you must have faith to believe in God. I hope I have also convinced you that it takes an equal amount of faith to disbelieve in God. So now the question becomes should I believe in the existence of God, or should I believe that God doesn’t exist? I believe that the evidence overwhelmingly supports the idea that there is a God, who loves me and is involved in the circumstances of my life. I can now prove this belief by the miracles that he has worked in my heart and in my life.  But I am also willing to be honest enough to say I still struggle in my relationship with God from time to time.

There is absolutely no doubt in my mind that God has intervened in the human history and supernaturally changed my heart! My faith is solid in this area. However, I sometimes struggle with God’s lack of involvement when I asked him to step in and to help me during difficult times. I know in my heart that God exists and that he loves me.  I’m convinced that God still intervenes in human history. However, I am also forced to struggle with the fact that when I ask him to intervene in a specific problem he doesn’t always respond. This is a struggle that I still deal with. It’s okay to admit that you struggle with your faith when God doesn’t respond the way we want him to.

I don’t have any easy answers to this problem. I don’t always understand why God doesn’t respond when I want him to.  I continue to wrestle with a God that doesn’t answer my prayers the way in which I want him to. These struggles drive me back to the basis of my faith.  These challenges force me to admit that God is sovereign, and I am not. In other words, he is in control- I’m not. Therefore, I don’t get to decide when and how God responds to my problems. God can choose to respond to whicheverproblems that he desires. He can choose to respond the wayin which he desires. He can choose to respond whenhe desires. I have no control over him.  This is the struggle that comes along with faith.  I don’t mind admitting that I wrestled with the idea of God. Now that I’ve settled in my heart that God exists, I continue to wrestle with my relationship with God.  I’m sure I will continue to struggle with this aspect of faith until the day I stand before him and see him with my own eyes.