Are you still skiing the bunny slopes? 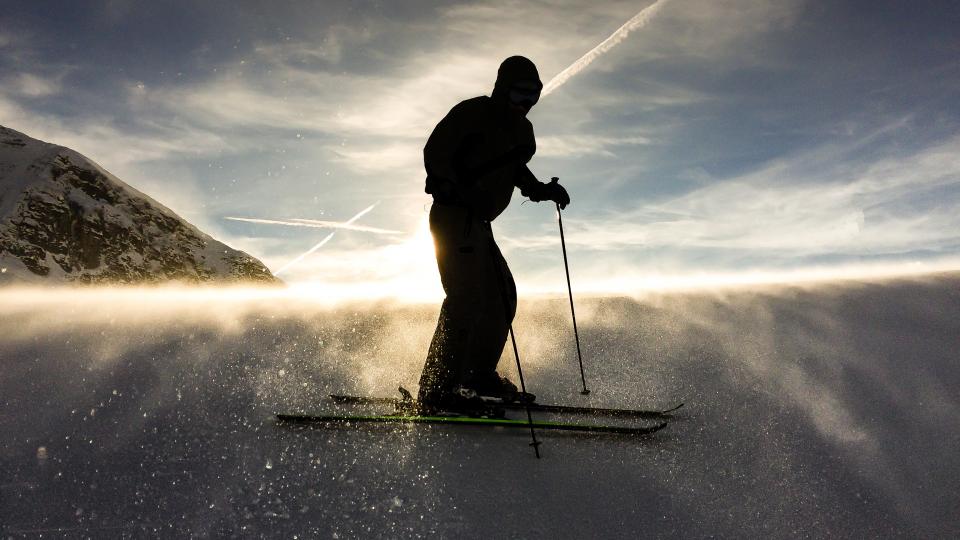 It is not unusual to see a grown man or woman sliding down the bunny slopes at a ski resort. In fact, the first time a person learns to ski or snowboard, it’s almost always on these slow, gentle slopes. In the skiing and snowboarding community, the green circle slopes are referred to as “bunny slopes”. It’s not uncommon to see children spend all day long having fun on the bunny slopes.

If you’ve never been on skis or a snowboard before, sliding down the bunny slope is considered to be equal to riding a bicycle with training wheels.  Training wheels and bunny slopes are designed as teaching aids. They’re designed to be a beginning point- not an end point.  Just like we all know that the training wheels must come off – at some point it’s expected that a person will leave the bunny hill and graduate to the more challenging ski slopes.

The people who design ski resorts know that we are all going to fall down when first learning to snowboard or ski.  They want you to learn from the fall and get back on the skis again.  That’s why the bunny slope is also designed to prevent someone from getting seriously injured when he does fall. Just like it’s really hard to seriously hurt yourself falling off of a bicycle with training wheels, it’s also highly unlikely that someone will get seriously hurt while sliding down the bunny slope.

It would turn a lot of heads to see a grown woman riding a bicycle through town with training wheels.  It should also cause a lot of people to question why a grown man would continue sliding down the bunny slopes after years of being on skis or a snowboard. However, I think a lot of people go through life on the bunny slope. I’m convinced many people refuse to take off the training wheels of life.

Here are three reasons why I believe some people will never leave the bunny slopes of life:

Many people would love to be able to ski the triple black diamonds; they would love to be able to handle the orange or yellow runs, but they don’t want to put the hard work into developing the skills to handle these types of slopes.  There are no shortcuts to experience and skill. It’s going to come through a lot of hard work. Likewise, the ability to handle some of the great challenges of life come from long months of hardship, challenges, and difficulties.

Ask anyone who’s been skiing or snowboarding for a few years; they will tell you when you “go down” on a triple black diamond slope, you’re going to “go down hard”! They will probably also warn you that you could break your leg or break your neck if you crash on this slope if you’re not careful.

This brings us to the real crux of the issue… At some point, it would be wrong for you to continue to ski the bunny slopes. At some point, you’re going to have to take off the training wheels!   The expert lanes are going to throw everything the mountain has at you. You’re probably going to end up flying through the air during part of this run, you’re certainly going to have to carve some sharp turns, and it’s almost certain that you will experience some deep powder down this part of the mountain… but that’s what makes it thrilling!

Why would anybody go through life on the bunny slopes if they were capable of skiing the triple black diamonds?  Why would anybody continue to ride a bicycle with training wheels if he didn’t have to?  Life can be scary.  Life is almost always going to be difficult. All of us have dangerous moments in life. Those difficult, dangerous, and scary moments of life are the stories that we tell years later to our family and friends.  Those thrilling moments in life are the times that we look back and think Wow, what a wild ride!

The post Are you still skiing the bunny slopes? appeared first on Calvary Baptist Church.