Anselm and the biggest paycheck in history

Let me tell you the story of a guy with the biggest brain of the last 2000 years. This man was an absolute genius. Anselm of Canterbury was born in 1033 in Aost, England.   He was considered by some to be a “Second Augustine”. Anselm was not only influenced by Augustine, but was himself a prolific and creative thinker, dealing with matters of “Christian philosophy,” as well as deep theological topics such as the nature of free will.[1]  Not only was he a brilliant thinker but he was also the first guy to rock the three-day beard. 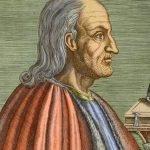 Anselm put his one hundred-pound brain to work thinking about why Jesus left Heaven to become a man. He wrote a booklet about it called, Cur Deus Homo? (Why did God become Man?).   In this very important booklet, Anselm started to tackle the idea of the payment that Jesus made on the cross.   Here’s a brief video to describe this great man of God.

What was the payment?

Anselm believed that only a perfect man could pay the price to rescue imperfect men.   He was quoted as saying, “No one but one who is God-man can make the satisfaction by which man is saved.”[2]   By this statement Anselm was saying that the cost to purchase freedom from sin was too much for any man to achieve on his own. No amount of money in the offering plate could pay for the price of your sin. You couldn’t possibly be a good enough person to earn forgiveness for your sin. This thought put Anselm at odds with the church teachings in his day.

Since sinful man could never make satisfaction to a holy God, Anselm taught that the voluntary death of the sinless Christ on the cross was the only way and the only acceptable payment for sin.[3]  By this logic Anselm suggested that sin required the most expensive paycheck conceivable.  The price for human sin was the life of God’s Son, Jesus.

Anselm argued that only the blood of Jesus could provide the payment necessary for humans to be made right with God.   The church in Anselm’s day struggled with the argument to whom did the blood of Jesus ultimately pay the price for sin. Anselm believed that only Scripture could answer this question. After carefully studying Scripture, Anselm ultimately concluded that Jesus’s blood made payment to God the Father for the sins of those who would come to him in faith.

People were crazy in Anselm’s day.  Many believed that Jesus’s blood was a paycheck to Satan!  (That’s about as crazy as you can get theologically).   He strongly opposed the idea that the blood of Jesus settled a lawsuit between God and the devil.[4]  Anselm maintained that all human beings had sinned in and with Adam. God’s honor demanded that every creature should worship him and should live pure like him.   Therefore, human sin was ultimately an offense against a holy God.

Bought with a great price

Anselm also argued with church leaders that when Jesus purchased men and women to himself, he did it to make us more like God.   In fact, Anselm suggested that it is God who puts his heart into sinful men and women when they genuinely believe.  In a prayer to Jesus Anselm wrote, “Let my heart die to its will, and my flesh to its desires; do Thou live in me, and let the live coal of Thy love glow in the midst of my soul, and break forth into a consuming fire.”[5]

There is a great deal more that you can learn from this brilliant man. Here’s a video that will tell you more about what he did for the Christian church.

Thanks for taking another lap with us in the Luther 500.