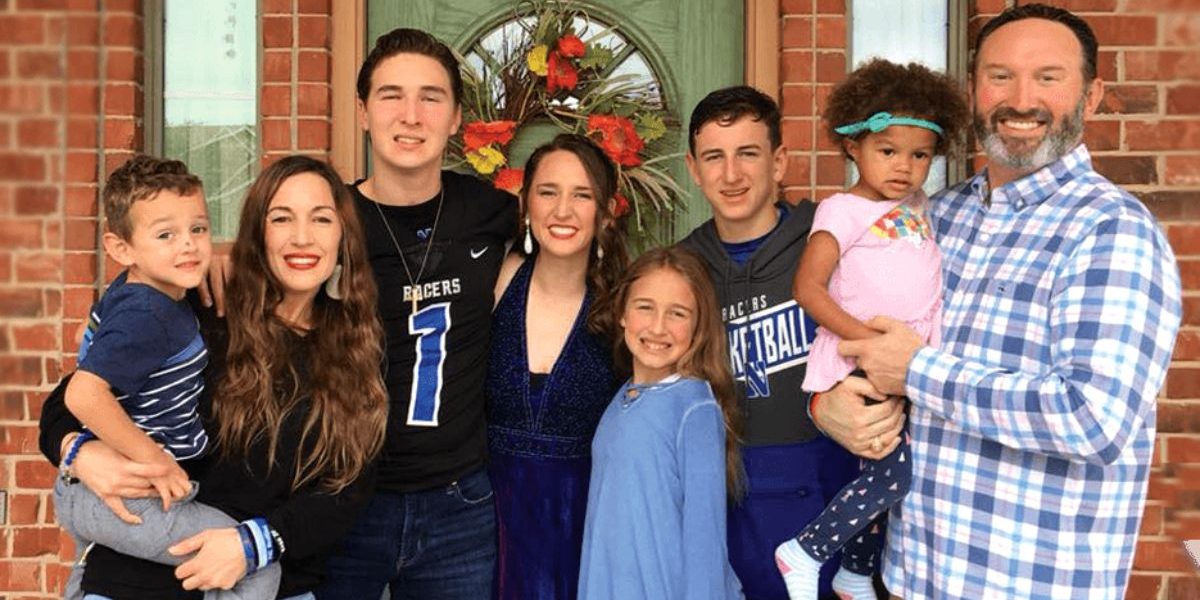 During the darkest days of WWII, a quote started to appear in print that took off like wildfire. Most people have associated this notorious quote with Winston Churchill (because it sounds like something Churchill would say).

However, the quote first appeared in an American religious news magazine during the worst days of the war.[1]  Because of the universal nature of human suffering, the quote, “When going through hell, don’t stop!” took on a life of its own.

All of us can relate because our suffering feels unbearable on occasion.  We all try to move through suffering as quickly as possible, and no one wants to dwell in a crisis longer than necessary. The most intense suffering leaves the deepest marks, and it’s understandable why people will go to extremes to avoid repeating their deepest grief.

This is precisely what happened to the Freeman family, not once, but… TWICE!

The suffering and challenges the Freeman family experienced are hard to imagine. However, in the process, they learned a couple of powerful lessons. Here are three lessons we all can learn from their tragedies.

Lost but not missing

Jeremy and Emily Freeman experienced the worst suffering a parent will ever have to endure when they “lost” their son, Trey, to a terminal illness at age 7. The loss of a child usually destroys a marriage relationship. However, during these challenging moments, Jeremy and Emily learned to lean on each other instead of running from one another, and their marriage is stronger today because of this tragedy.

The Freemans also discovered first-hand how strong faith could be in losing a loved one. They were able to let their son go and courageously speak words of truth to Trey as he was taking his last breath in a hospital room. These Christian parents reminded their son that death isn’t the end. Instead, Trey was about to live fully and abundantly for the first time.

We tend to use language about the “loss” of someone when a loved one passes away. However, for people with a strong belief in an afterlife, death might have taken their child away from these parents, but Trey isn’t missing. This man and woman of faith know exactly where Trey is right now.

The suffering associated with losing a child feels like the earth is shifting beneath a parent’s feet.  When a parent outlives his or her child, it upsets the natural order of things.  These kinds of tectonic shifts underneath a person’s feet can throw your whole world into chaos.

Tragedies have a way of stripping away everything else and leaving only the foundations upon which you have made your life.

As tragic as the loss of a child is, one good thing that can come out of this crisis is causing you to reexamine your foundation. It’s best to learn that your foundation is solid before you go through significant life tragedies. While going through this mind-numbing pain, the Freeman family learned that their faith in Jesus Christ provided a solid foundation to handle a child’s loss.

Setting stronger for round 2

The Freeman family went through hell with the loss of their son, Trey. Most of us will not grasp how this family would have felt when a second son was in a devastating car crash, and they were driving to the hospital wondering if they were about to go through another family trip to the dark valley of deep shadows.

This second round of suffering would be more than most families could bear.

However, because the Freeman family got stronger because of Trey’s death, they were prepared when Caleb experienced this life-altering event.  Caleb’s life will never be the same after this incident on a rainy interstate one evening. But, the Freeman family has learned how to thrive during these challenging circumstances because of their solid faith and hope for the future.

This family is an example for all of us. There is something deeper and stronger in the Freeman family than almost any family I’ve met before. This strength comes from multiple trips through the most profound suffering. However, the family has learned to grow stronger and become more resilient.

Listen to my recent interview with Jeremy and Emily Freeman HERE.